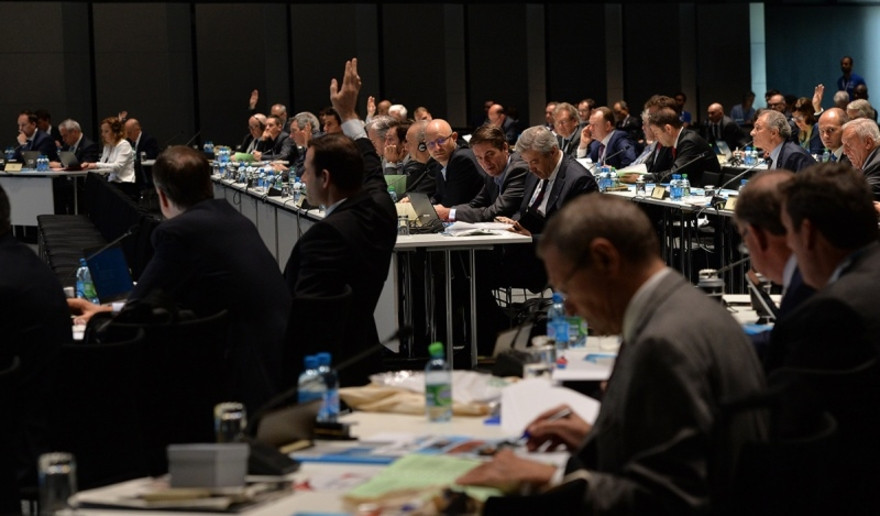 Sebastian Coe and Marisol Casado are set to be elected onto the Association of Summer Olympic International Federations (ASOIF) Council at the organisation's General Assembly in Aarhus in Denmark next month.

World Archery President Uğur Erdener and C K Wu, the head of the International Boxing Association, are bidding for re-election as Council members.

IAAF vice-president Sergey Bubka is stepping down as he has served the maximum two four-year terms.

Leandro Negre is also relinquishing his spot on the Council as he is no longer President of the International Hockey Federation.

Spaniard Casado, a member of the International Olympic Committee (IOC), is in the running to serve the remaining two years of Negre's mandate.

Casado's compatriot Negre stood down from his FIH position in November and was replaced by India's Narinder Batra.

Double Olympic champion Coe will secure the spot vacated by Bubka, the Ukrainian who he beat in the race for the IAAF Presidency in November 2015.

They are both hoping to secure their second four-year terms on the body.

The four officials confirmed as having declared their candidacy are expected to be elected at the General Assembly, due to take place on April 4 during SportAccord Convention.

The Council's main tasks "include to prepare, conduct and manage the General Assembly as well as to implement the decisions and resolutions taken by it", according to the ASOIF.

Paris 2024 and Los Angeles 2024 will also give "short introduction" presentations during the ASOIF General Assembly in the Danish city.

The move, introduced by the IOC following a request from ASOIF, is designed to enable sporting bodies to glean more information about the Olympic and Paralympic contenders ahead of a choice scheduled to be made in Lima on September 13.

It will take place at a meeting at an event where Olympic bid presentations were traditionally held before being scrapped during the race for the 2022 Winter Olympics.

Their presentations to the membership come as plans from the IOC to award both the 2024 and 2028 editions of the Games at the Session in the Peruvian capital gather pace.