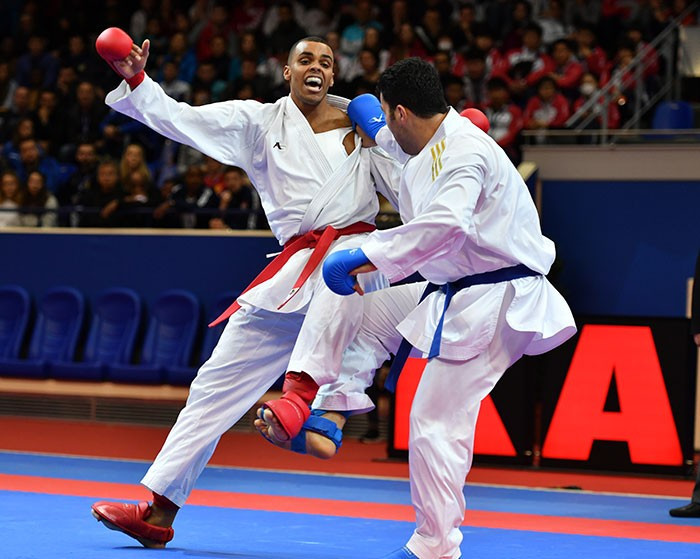 World champion Kiyou Shimizu is set to return to Karate 1-Premier League action when the season resumes tomorrow in Rotterdam.

The Japanese star was absent from the last Premier League event in Paris, but the two-time world title winner is due to compete in the Topsportcentre sports hall in the Dutch city.

Shimizu has triumphed in every kata competition she has participated in since 2011, which will see her head into the competition as the overwhelming favourite.

Spain’s Sandra Sanchez and Terryana D’Onofrio from Italy are viewed as the most likely rivals to cause an upset.

Over 1,200 athletes have been registered to compete at the Premier League event, which will take place until Sunday (March 19).

The World Karate Federation (WKF) have expressed their delight at the increase in the number of athletes, with 684 having participated at last year’s competition.

Alexandra Recchia will be one of the names to watch at the second event of the season, with the French competitor seeking to claim her 11th Premier League gold medal.

She will have an added incentive in Rotterdam, having failed to secure a medal in front of a home crowd in Paris.

Japan’s Ryutaro Araga will be one of the favourites for gold in the men’s competition, with the world champion looking to continue a run of medal success.

He has won medals in each of his eight Premier League appearences since 2015 and will hope to add to that record this weekend.