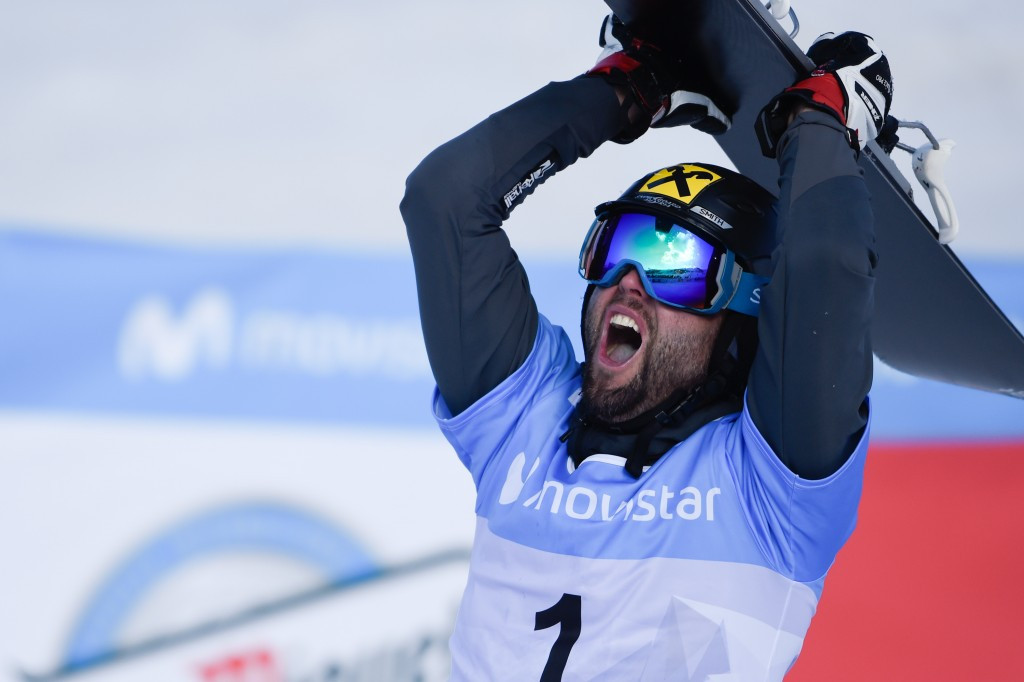 The 36-year-old was appearing in his 17th World Championships, but had yet to secure a podium finish at the event.

Prommegger had come into the event fresh from back-to-back victories on the World Cup circuit and he continued his form in the early rounds of the competition.

Victories over Italy’s Aaron March and Switzerland’s Nevin Galmarini in the quarter and semi-final stage of the event saw Prommegger reach the final.

Karl, who has who has medalled in every major event he has competed in since 2009, appeared on course for the title but a mistake cost him the lead with just two gates remaining.

It allowed Prommegger to come through to take a narrow victory by 0.16 seconds, preventing Karl from winning the title for the third time in the process.

"I can't put it into words," said Prommegger.

"I knew I could earn a medal as I currently am in a very good shape.

"I knew it had to happen as I have been fighting so many times for a podium at major events and never have been rewarded for it.

"I tried to not put myself under pressure, telling myself that if I have to retire without a medal at Olympics or Worlds, I would still be proud of what I have achieved in the past years.

"But now, I will go home as world champion, it's unreal."

Andrey Sobolev of Russia claimed the bronze medal, ending 0.02 seconds ahead of Galmarini.

The women’s title was won by Daniela Ulbing, with the 19-year-old overcoming defending champion Ester Ledecka of the Czech Republic in the final.

She ended the race 0.27 seconds clear of her rival to take the gold.

Russia’s Alena Zavarzina secured the bronze medal by crossing the line 0.57 in front of Germany’s Cheyenne Loch in the small final.