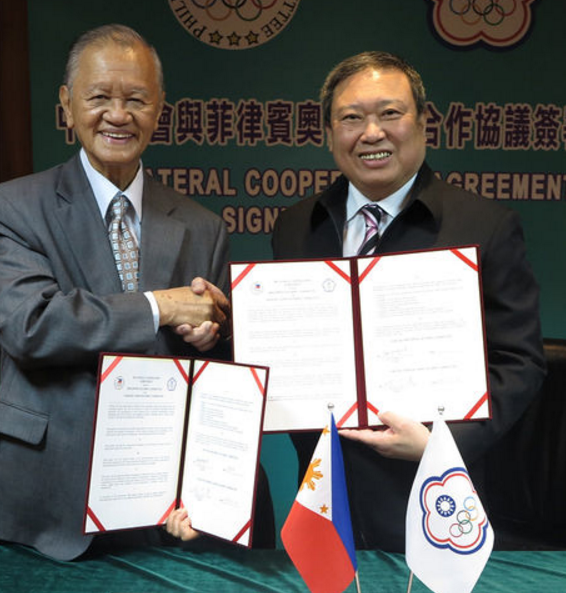 The extension to the organisations' exisitng partnership was officially agreed in Taiwanese capital Taipei.

CTOC President Hong-Dow Lin and POC counterpart Jose Cojuangco Jr were on hand to sign documents and ensure that the relationship between the countries would continue.

An initial cooperative relationship was rubber-stamped in 1999 with CTOC inviting POC to renew the arrangement.

The agreement encourages cooperation in areas including training, anti-doping and medical science.

Lin invited POC staff members to participate at April's International Sports Affairs Training Course in Taiwan, as well as the Summer Universiade which Taipei will host between August 19 and August 30.

The ceremony was witnessed by representatives from the Manila Economic and Cultural Office in Taipei, Ministry of Foreign Affairs, Sports Administration, and Executive Board members of the CTOC.

Since 1979, the CTOC has formalised sports exchange agreements with 12 National Olympic Committees in the Americas, 10 in Asia, six in Europe, one in Africa and one in Oceania.