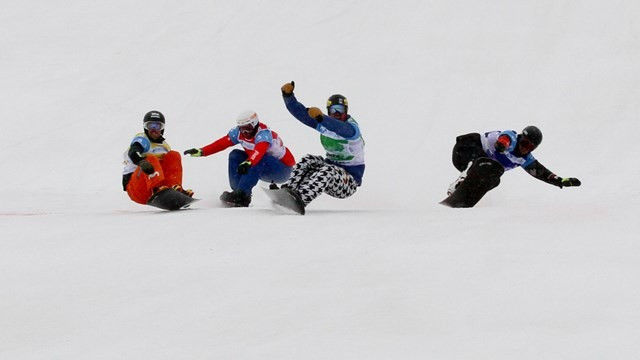 France and the United States became the first winners of the first team snowboard cross event held in the history of the (FIS) Freestyle Ski and Snowboard World Championships.

The United States’ Hagen Kearney and Nick Baumgartner finished as the runner-up in both their quarter and semi-final races in Sierra Nevada to book their spot in the four team final.

Kearney would give his team-mate a superb start by leading the first set of four riders down the course at the Spanish resort.

The victory was sealed by Baumgartner, who held of the challenge of home favourite Lucas Eguibar of Spain in the closing stages.

“This feels awesome, and it's just cool as we waited until the finals of the team event to both have our best runs on this course,” said Kearney.

“So, if those other guys wanted to take the win, it was going to have to be us making a mistake.

“Unfortunately for them we didn't do that today.”

Eguibar and his team-mate Regino Hernandez claimed the silver medal, with Canada’s Kevin Hill and Christopher Robanske rounding off the podium places.

The women’s event saw France claim gold and silver medals, with their teams aided by a crash between the United States and Italy.

It allowed Loccoz and her team-mate Chloe Trespeuch to ease to gold, with their compatriots Manon Petit and Charlotte Bankes claiming silver.

Jacobellis and Faye Gulini would end as the bronze medallists, with the Italian team disqualified after being deemed to have missed a gate.