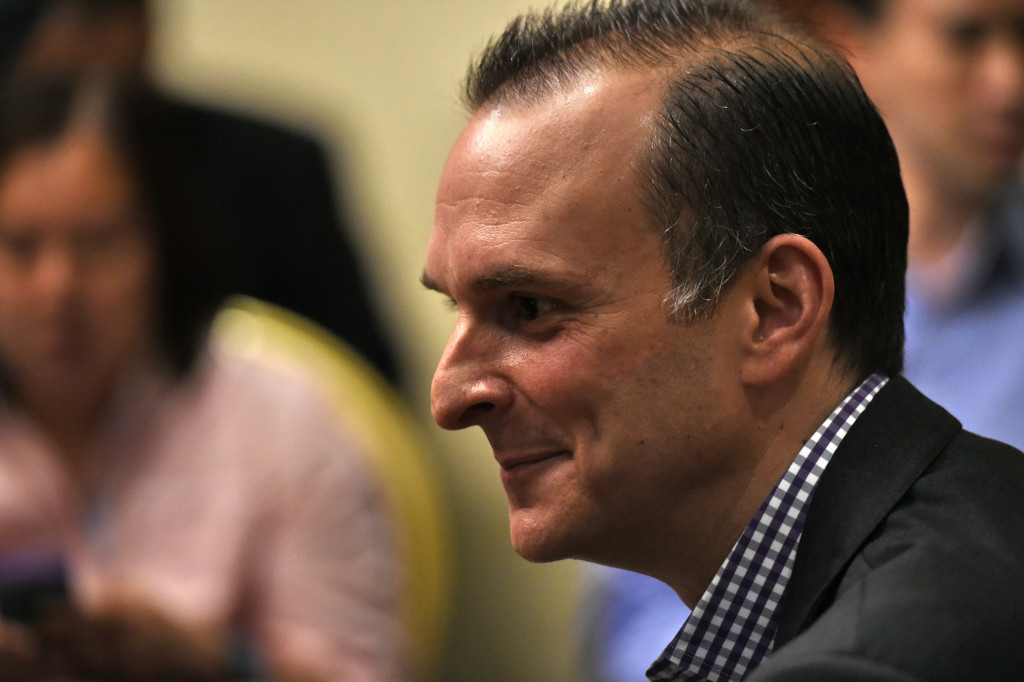 United States Anti-Doping Agency (USADA) chief executive Travis Tygart has claimed here today that it is not possible to promote and police sport, reiterating his organisation's belief that conflicts of interest need to be removed from the World Anti-Doping Agency (WADA).

Last week, it was revealed that a radical plan to exclude anybody involved in sporting governance from a WADA Board position had been included among a set of United States Olympic Committee (USOC) reform proposals.

The proposals, included in a "position paper on anti-doping reform" published on Friday (March 10), were announced following discussions at the USADA Quarterly Board meeting in Colorado Springs.

The Institute of National Anti-Doping Organisations (iNADO) yesterday proposed what it described as "concrete measures" aimed at reforming the governing structures of WADA.

The measures, proposed to the WADA Governance Working Group, were announced during iNADO’s Annual General Meeting here in the Olympic capital.

Among them is the call for the removal of "the fundamental conflict of interest that exists when anti-doping decisions are controlled by sport organisations".

Speaking at WADA's Annual Symposium here, Tygart insisted WADA could not deliver on its promise to tackle cheating while sports bodies were represented on the organisation.

"From USADA's perspective, we've been really clear since our beginning - 15 to 16 years ago - that you can't both promote and police your own sport and I think you now see different National Anti-Doping Organisations have all come out and supported a basic principle," he said.

"We’re just living in the trenches, making really tough decisions in situations that no-one would want to find themselves in."

Its President Sir Craig Reedie only relinquished his role as vice-president of the IOC last year and remains a member of the organisation.

Sir Craig insists the conflict of interest argument against him has "ceased absolutely" since he gave up his IOC vice-presidency.

"We deal on a very regular basis with the IOC," the Scot said.

"I am still a member of the IOC and I have perfectly clear and open dialogue, as do many people in WADA, with people in the IOC.

Producing a "clearly independent anti-doping body with overriding global authority" is the prevailing theme of the USOC paper on anti-doping reform.

If implemented, every current sporting representative in WADA would be ineligible to stand.

There is no USOC or National Federation member with any sort of governance role within USADA.

"But for the simple control of the outcome, we’ve yet to hear any good reason why sport needs to have the type of say and control over those types of decisions that it currently does," Tygart added.

"So our position, and it’s not just USADA’s position, is that you can't both promote and police and you need to remove the conflict of interests that sport organisations bring to it.

"Not only to restore confidence in the system, but to ensure that the preventative things that need to be put in place to give athletes hope that they’re not going to get robbed when they compete internationally are made and finalised, and they have confidence in that system."

Russian Sports Minister Pavel Kolobkov has said here today that the aim of the Russian Anti-Doping Agency (RUSADA) is to regain provisional compliance with WADA by May, with the view to being fully re-instated by November.

RUSADA was heavily criticised in a WADA Independent Commission report in November 2015, when explosive reports of state-supported doping within the country's athletics programme were revealed.

Despite Kolobkov's optimistic outlook, WADA chief Sir Craig said that RUSADA still has significant work to do in order to get its suspension lifted.

Tygart was critical of what he thought was an "unapologetic and brazen approach" taken by Kolobkov today.

"It was generally pretty stunning and I’m glad it wasn’t streamed to the Committees of athletes from around the world because I think they would have been disappointed in the approach," he said.

"There’s a lot of talk and now let’s see the action.

"WADA’s President laid it out that there is still significant work to be done and let’s hope the promises of improvement are followed up."