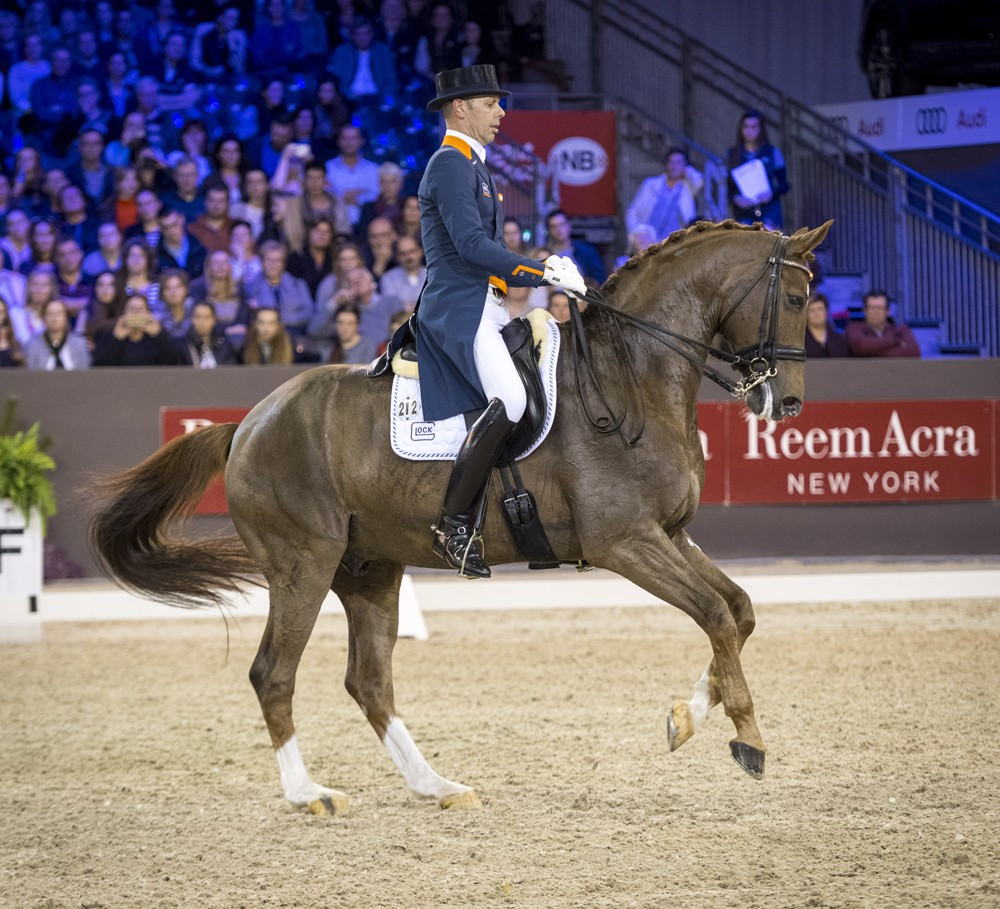 The Dutchman, who won a team silver medal at the Beijing 2008 Olympics, scored 84.890 after his performance.

He was the last to go and the horse-and-rider combination were in fine form with soft movement and easy transitions.

"This was my highest ever freestyle mark, and my best test ever too," said Minderhoud, who posted 82.357 to win the 2016 FEI World Cup Dressage title in Gothenburg.

"When we put this floorplan together I showed a video to some friends and everyone said it looked really good.

"Today Flirt felt great in the warm-up and I knew I was in with a chance when I was the last to go."

Minderhoud's win meant Germany's Isabell Werth failed in her bid to win a sixth World Cup event in a row.

She had to settle for second place on board Emilio, scoring 83.300.

Jessica von Bredow-Werndl of Germany scored 80.265 with Zaire-E for third.

Today's World Cup was the last leg of the FEI World Cup Western European League season, with the top nine qualifying for the overall final in American city Omaha.

Werth finishes top of the standings with 80 points, with von Bredow-Werndl second on 62.

Action in Omaha will take place between March 29 and April 2.