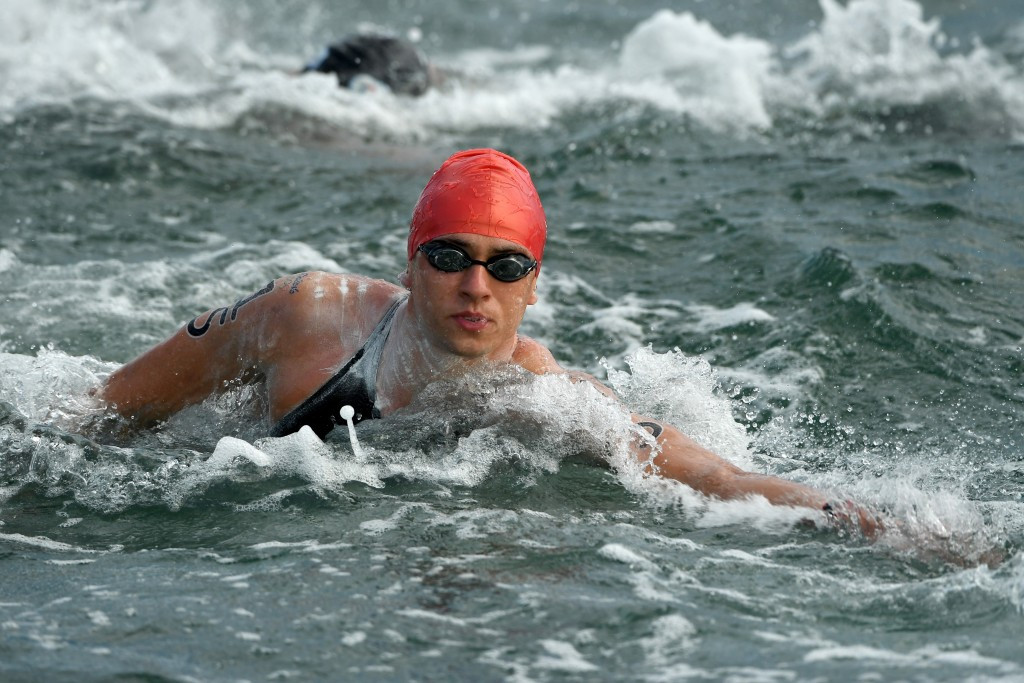 Jack Burnell and Aurelie Muller both triumphed over 10 kilometres in the United Arab Emirates capital, at the second stop of the World Cup circuit.

"At the end of the day, it's ticking that box and getting the first one under my belt since Rio," said Burnell.

"I am out here to win every single race I go into, I am not out here to come second, third or fourth.

"So for me it’s about turning up to races in the best possible shape I can and showing people what I can do."

France's Muller was stripped of her Olympic silver medal in Rio after being judged to have obstructed Italian Rachele Bruni.

"It was good, very good, I was first," said Muller.

"It was difficult for me after Rio so now is my first 10 kilometres after seven months and my goal before the race was top eight because it was the pre-qualification for the French team [for the World Championships in Budapest] so I am first and I am very, very happy.

"It was a great race here."

Setubal in Portugal will host the third leg of the season on June 24.