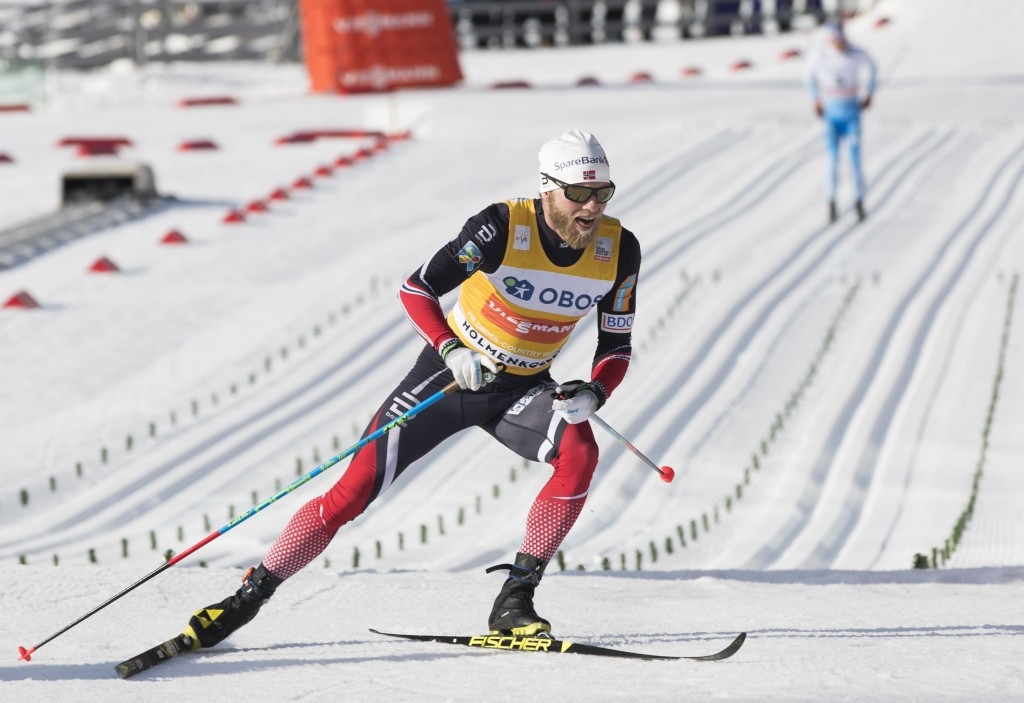 The 32-year-old ensured that he cannot be caught in the standings with just the three races at the World Cup Final in Quebec City left this season.

His success, however, comes after he served a two-month doping ban during the summer for failing two tests for asthma medication salbutamol.

The Norwegian claimed that he received incorrect advice from a doctor and was able to participate in full this season.

Sundby has also become the first male skier to win the Oslo Holmenkollen 50km race twice in a row.

"It was a tough pace right from the beginning today," he said.

"When Iivo broke away and I was able to get back to him we worked well together and I actually convinced him to change skis with me on the fourth lap.

"He was going to change on the third lap but I told him I would lead and we could get away together."

In the overall standings Sundby now boasts an unbeatable 1,626 points with Russia's Sergey Ustiguov second on 1,176.

The women's 30km race will be held in Oslo tomorrow.