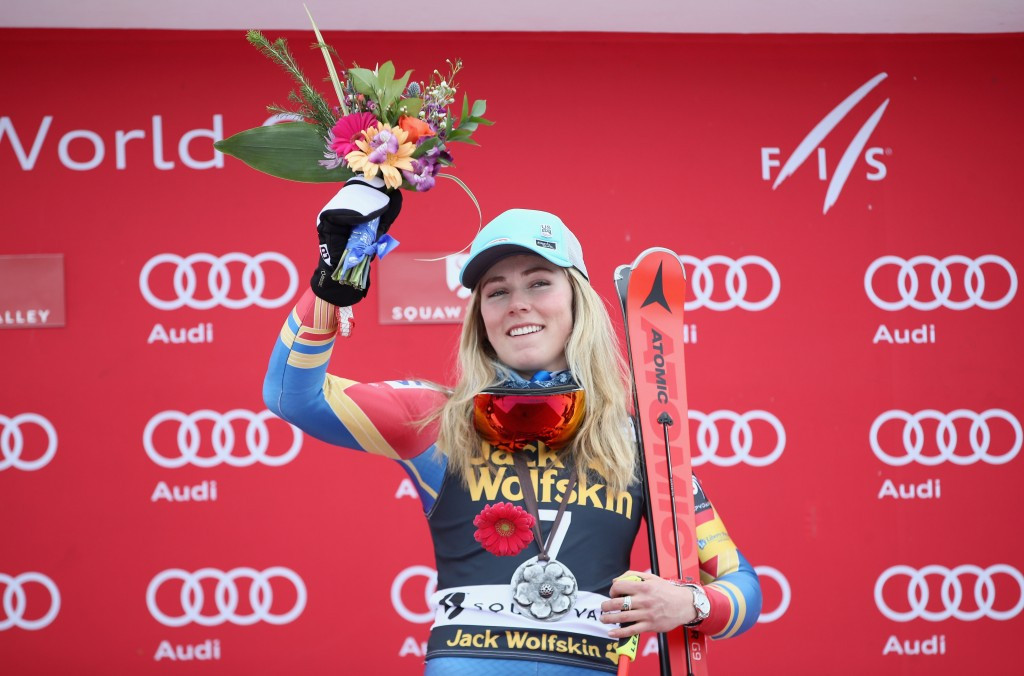 The 21-year-old American won at the California resort, which hosted the 1960 Winter Olympic Games, for the first time in her career.

She clocked a time of 2min 16.42sec to triumph in front of Italy's Federica Brignone and France's Tessa Worley.

Shiffrin, the world and Olympic slalom champion, was not in perfect form but risked just enough to keep her rivals at bay.

"I've skied this hill before and I’m really lucky, a lot of the girls I’m competing against have not," she said.

"But I just knew that no matter what hill I'm skiing on, I have to attack like crazy.

"All of these girls are going for wins, and I'm so happy with how that went today."

Worley would have sealed the overall giant slalom title with victory but her third place finish means the crystal globe is still up for grabs with one race in the discipline remaining this season, in Aspen on March 19.

The Frenchwoman has 640 points in the standings with Shiffrin second on 560 and Switzerland's defending overall champion Lara Gut third on 360.

"The pressure is here and the girls are always fighting very hard and always skiing very fast.

"I'm just trying to do run after run and race after race and for sure today is another solid race.

"I would have liked to do better - every time, for sure, winning is the goal, but third place is still great, podium is still great.

"One more race, and I’ll be fighting hard."

In the overall standings, Shiffrin is closing in on victory with 1,423 points and a maximum of 500 points available from the five remaining races this season.

The season continues tomorrow with women's slalom in Squaw Valley.