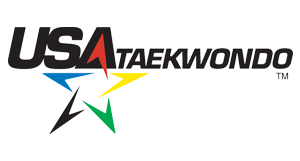 USA Taekwondo have asked members to do an online training course as they continue their work on protecting athletes from sexual abuse or assault.

This follows the claims of American gymnastics who say they suffered sexual abuse at the hands of a USA Gymnastics doctor.

Jamie Dantzscher, an Olympic bronze medallist in the team all-around women's event at Sydney 2000, became the latest to make claims of sexual abuse in a CBS 60 Minutes programme broadcast on February 19 against Lawrence Nassar.

In a statement, USA Taekwondo bosses urged anyone involved with the sport in the country to go on their website and complete the SafeSport-run.

"USA Taekwondo places tremendous importance on doing all we can to protect and preserve the safety of our athletes and we must accept that sexual assault is a human failing and a problem nationally, not just in sport," the statement read.

"In the past few years USA Taekwondo has placed a much greater emphasis on education, and encouraged victims to come forward and help us drive any bad element from our sport.

"USA Taekwondo is committed to taking every report seriously.

"It is our policy to turn over any information of criminal activity to the relevant law enforcement, and we work to support and protect the survivor of abuse, including respecting their right to privacy if they do not want any information to be disclosed.

"On the front page of our website, you will find a link that takes you to the free online SafeSport training course – this is not just for coaches, it will help anyone wondering if something they have seen or heard is acceptable or not, and tell you how to take appropriate action, not just be a bystander.

"If you experience or see something that makes you uncomfortable you should report it, either to a responsible adult, USA Taekwondo or the police.

"If someone tells you they are being abused, encourage them to report it, or ask if you can report it for them."

Nassar was arrested in December as part of a Federal investigation into child pornography.

He is accused of molesting dozens of patients during his time in the role from 1996 until 2015.

Nassar is also alleged to have possessed "thousands of images of child pornography" between 2003 and 2016, according to a two-count indictment filed in Michigan.

An osteopathic physician, Nassar worked with Olympic and national women's teams for more than two decades.

There have also been widespread claims of sexual abuse within British football.