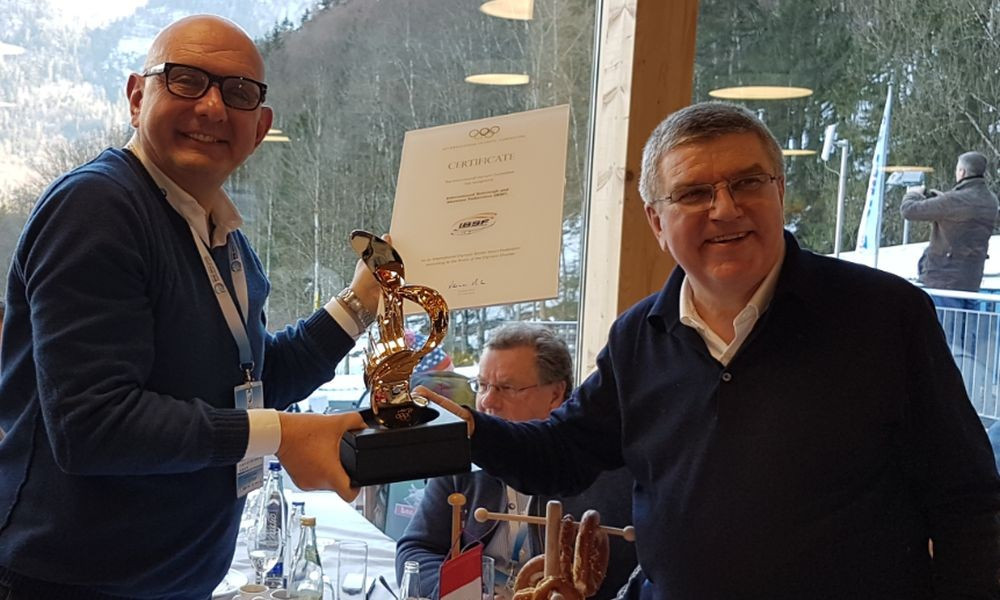 Ferriani was presented with the gold-covered bronze statue during the 2017 IBSF World Championships in the German resort of Königssee, where action concluded yesterday.

It comes in recognition of "achieved success and an encouragement for future development".

"We are very proud to be awarded this exceptional IOC statue from President Thomas Bach personally," Ferriani said.

"’The sky is the limit’ reflects on our federation and our athletes.

"We owe this IOC recognition to our athletes and our officials."

While in Königssee, Bach presented the medals for the women’s skeleton event won by Germany’s Jacqueline Lölling.

Following the publication on December 9 of the second part of Richard McLaren’s report on behalf of the World Anti-Doping Agency, the IBSF switched the 2017 World Championships from Sochi to Königssee.

The report claimed that more than 1,000 Russian athletes had benefited from state-sponsored doping from 2011 to 2015.

Moving the flagship event to Königssee followed growing concern within the sport.

Olympic champion Yarnold had threatened to skip the World Championships if they remained in Sochi, while Latvia announced they would boycott.

Athletes from other nations including South Korea, Austria and the United States also called for the event to be moved.