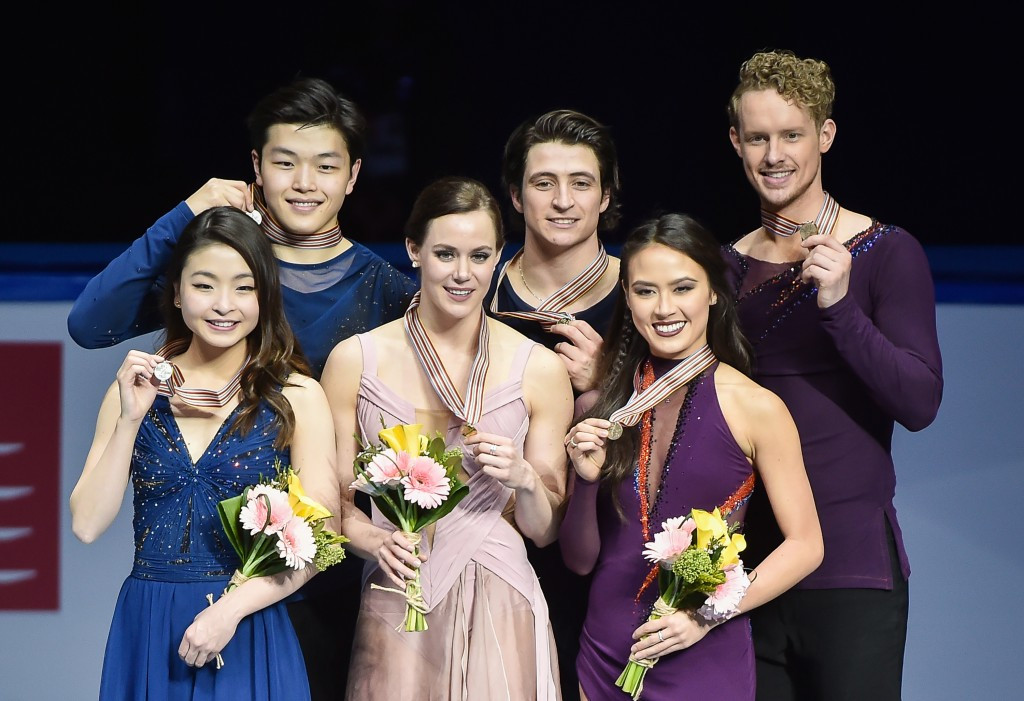 The duo had led the standings overnight following a strong performance in yesterday’s short dance at the Championships, which is part of Pyeongchang 2018’s test event programme.

“It was obviously a goal of ours just to qualify for this event at the beginning of the year,” said Moir.

“It was such a great competition.

“Today was an interesting performance for us as we left a couple of points on the board, but it was really special for us to be in that venue.

“We really felt the energy and we’re really happy with certain parts of our performance.”

The United States’ Maia and Alex Shibutani claimed silver as the 2016 champions produced a personal best free skate of 115.26, giving them an overall total of 191.85.

Their team-mates Madison Chock and Evan Bates claimed the bronze, with the pairing achieving a score of 185.58 points.

He would achieve a score of 103.12 points to fend off the Japanese pairing of Shoma Uno and Olympic champion Yuzuru Hanyu, who ended with 100.28 and 97.04 respectively.

Hanyu, who is seeking to win the competition for the first time will hope to hit back in the free programme on Sunday (February 19), while Canada's defending champion Patrick Chan will look to move up from fifth place.

The ladies' singles and pairs events will conclude tomorrow.

The Championships is only open to skaters from Asia, Africa, the Americas and Oceania.

It seeks to provide athletes from these continents a competition of similar standard to the European Figure Skating Championships.