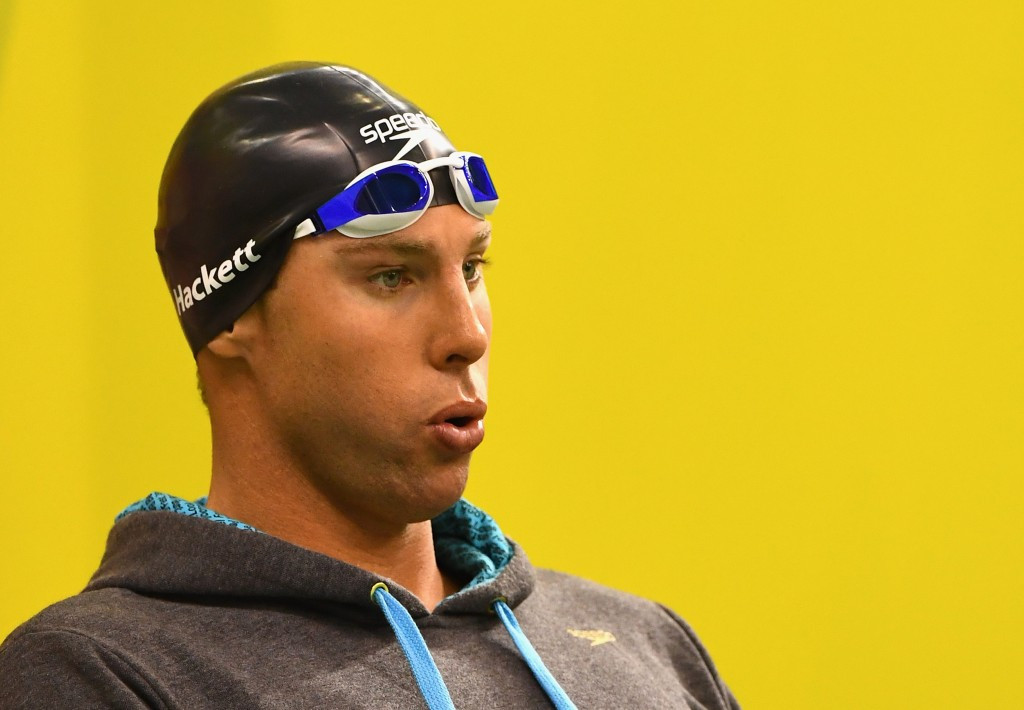 Hackett's father Neville said the three-time Olympic gold medallist and 10-time world champion, who was temporarily detained earlier this week after becoming agitated at his parents' home, was in contact with police.

"Police officers are happy he's alive and sober," he was reported as saying by the Australian Broadcasting Corporation.

"He's told the police officers he just wants to hide from everybody.

"He's in hiding from everybody, including us.

Hackett’s father appealed for help finding his "mentally disturbed" son earlier today, saying he had missed an appointment with his lawyer and the family was "extremely worried".

Hackett was released without charge yesterday after his family’s fears for his mental health forced his father to call police to their home in the Gold Coast, following a bout of heavy drinking that led to "uncontrollable rage".

His brother Craig told Nine News the former swimmer had mental health problems and was no longer the person neither he, or their mum and dad, once knew.

Hackett posted a picture of himself on Instagram today sporting a cut and blackened right eye, and dry blood on his nose, and accused his brother of beating him up.

"My brother comments to the media...but does anyone know he beat the s*** out of me," Hackett wrote in the caption.

"Everyone knows he is an angry man."

Hackett reportedly indicated he would seek help after being released from police custody yesterday.

"This is not the Grant we know and respect," he said.

"Grant is a great Olympic champion, one of the greatest swimmers of all time, and his contribution to the Olympic Movement and to sport in general should not be forgotten.

"He inspired many young Australian children to get involved in swimming.

"We hope he can overcome his current challenges and we have offered him any support he needs."

Swimming Australia chief executive Mark Anderson added: "Given these recent circumstances, we once again reached out to Grant and his family to continue to offer support and assistance in any way we can."

In 2014, Hackett came out of a six-year retirement to make what proved to be an unsuccessful bid to qualify for the Rio 2016 Olympic Games.

He had been hoping to become the oldest Australian swimmer to qualify for an Olympics, but narrowly missed out on a place.

Hackett was questioned by airport police in Melbourne last April after being accused of drunkenly squeezing the nipple of a fellow business-class passenger on a flight from Adelaide, where the Olympic swimming trials took place.

He said he had been binge-drinking in the wake of his Olympic disappointment and publicly apologised.

He spent time in a United States rehab centre in 2014 after being seen topless and disoriented in the lobby of a Melbourne casino.