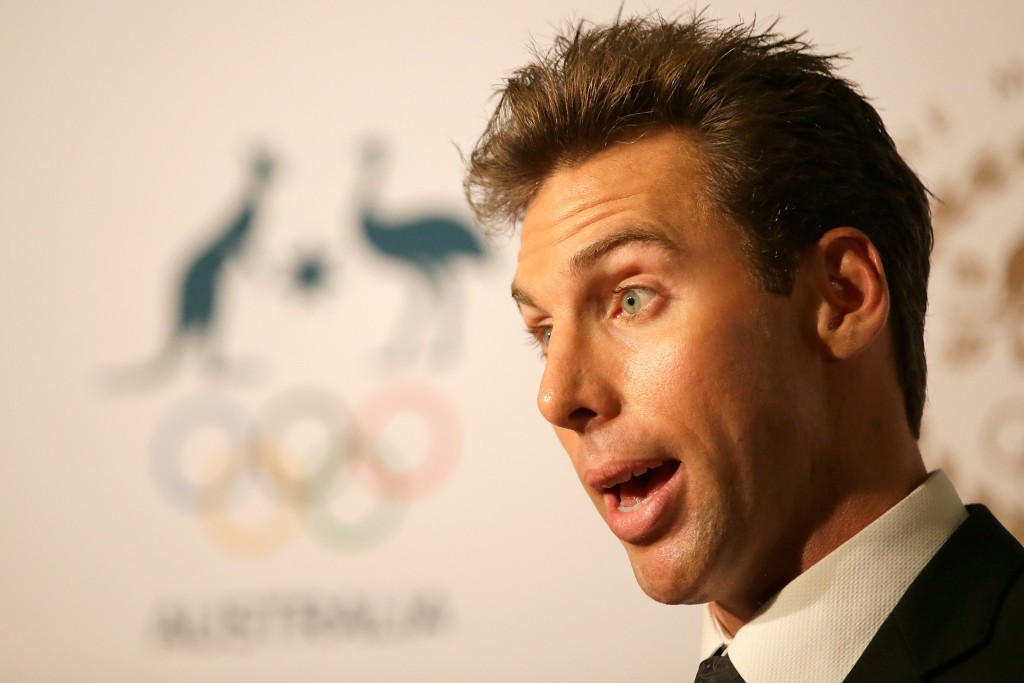 Former Olympic swimming champion Grant Hackett was arrested in Australia today after his family’s fears for his mental health forced his father to call police.

Hackett was later released without charge.

His father Neville reportedly called police to their home in the Gold Coast after a bout of heavy drinking led to "uncontrollable rage".

"Grant's got a medical problem and it manifested itself here this morning, he was raving and ranting a bit," Neville told the Gold Coast Bulletin.

"It's what I'd call a bit of a breakdown.

"He's been receiving treatment from a doctor.

"He's big and powerful when he's not happy.

"We decided he needed some treatment but there was no way he was going to go and get treatment this morning, so we called the police."

Television footage of Hackett showed him displaying his handcuffs to cameras as he was driven into a police station.

"This is now a chronic problem, so, from a mental health perspective, I hope something can be done," Hackett's brother Craig told Nine News.

"This is not Grant Hackett.

"He's there in body but he's not there in mind, soul or spirit."

In 2014, Hackett came out of a six-year retirement to make what proved to be an unsuccessful bid to qualify for the Rio 2016 Olympic Games.

He had been hoping to become the oldest Australian swimmer to qualify for an Olympics, but narrowly missed out on a place.

Hackett was questioned by airport police in Melbourne last April after being accused of drunkenly squeezing the nipple of a fellow business-class passenger on a flight from Adelaide, where the Olympic swimming trials took place.

He said he had been binge-drinking in the wake of his Olympic disappointment and publicly apologised.

He spent time in a United States rehab centre in 2014 after being seen topless and disoriented in the lobby of a Melbourne casino.

In August 2015, Australia's athletes were banned from using Stilnox, a prescription medication used for the treatment of insomnia, from the date they are selected for the Olympics in an attempt to avoid the scandals which rocked their swimming team at London 2012.

The Australian Olympic Committee Executive moved to clarify the situation regarding the use of "hypnotic substances" prior to Rio 2016 having been subjected to fierce criticism for not giving athletes enough time to stop using the medications before the start of the Games in London.