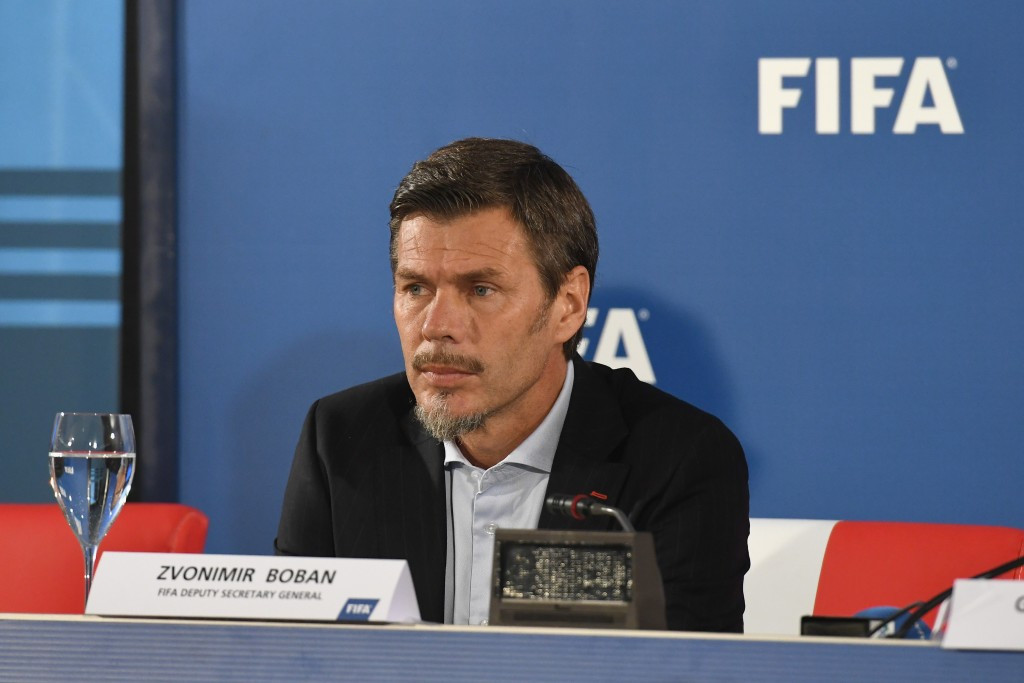 In an interview with Croatia’s Sportske Novosti, his first since he was appointed to the role by FIFA secretary general Fatma Samoura in May, Boban also distanced himself from controversial proposals from former Dutch international Marco van Basten.

The Dutchman, who serves as FIFA's technical director, suggested a number of radical ways football could be improved, including the abolition of the offside rule, scrapping extra-time, the introduction of ice hockey style penalty shoot-outs and changing matches to four quarters.

Boban, the former AC Milan midfielder who was capped 51 times by his country, criticised Rummenigge after the German claimed the World Cup should not be expanded because the number of games being played throughout the year has already reached an unacceptable level.

Others have also voiced concerns over whether it will dilute the quality of the World Cup, FIFA’s quadrennial showpiece and largest money-earner, but Rummenigge was one of the leading voices of opposition.

UEFA President Aleksander Čeferin had admitted he was on the same page regarding the World Cup growing by a further 16 nations, which was approved at a FIFA Council meeting last month.

Boban staunchly defended the expansion, claiming criticising FIFA, which is still coming to terms with a widespread corruption scandal which rocked the global governing body to its core, was the "popular" option.

He called on Rummenigge, the current chairman of Bundesliga giants Bayern Munich, to give his reasons behind why he is against expanding the World Cup.

"No-one has ever presented and elaborated serious arguments to explain why FIFA should not change the World Cup format this way," the 48-year-old said.

"Rummenigge is an absolute giant who commands great respect but his statement is nonsense until he explains what actually troubles him so much.”

Boban also insisted Van Basten was only speaking for himself when he outlined his proposals.

"I was personally responsible for the publication of such ideas because I had to review the statement first and authorise it later," he said.

"His ideas and proposed changes were very revolutionary but it must be made clear that these were his personal opinions.

"He was speaking as Marco Van Basten, not as director of the FIFA football development sector."