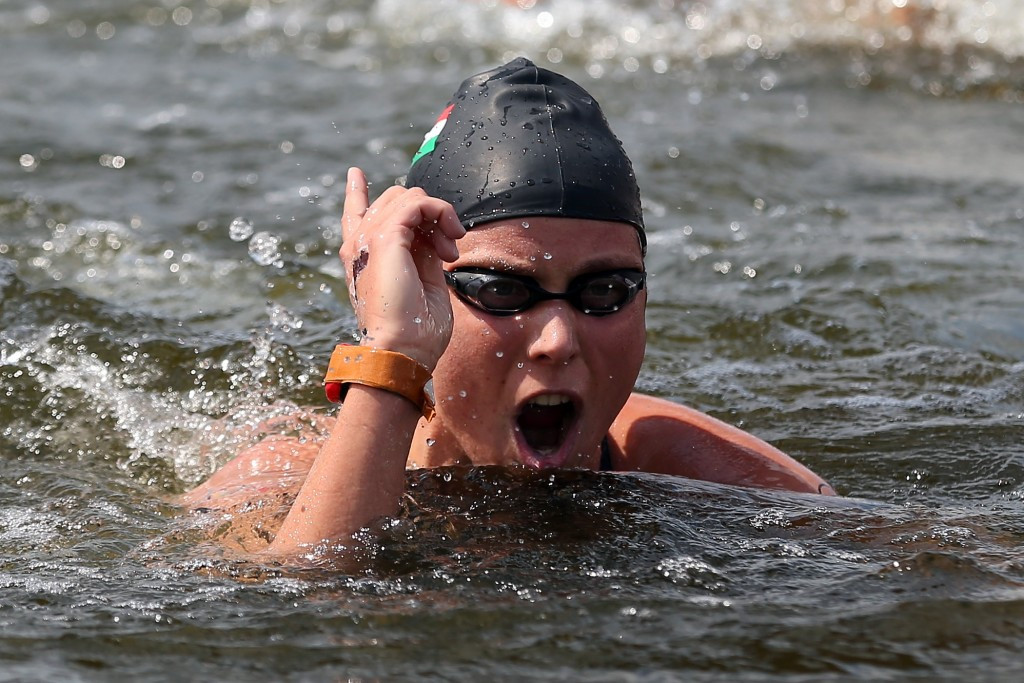 London 2012 open water swimming gold medal winner Éva Risztov has announced her retirement from the sport at the age of 31.

It means the Hungarian will not swim at her home World Championships in Budapest in July.

One of the first in a wave of strong swimmers from the European nation at the turn of the century, Risztov broke through as a teenager to win four gold medals at the 2002 European Aquatics Championships in Berlin.

This was followed by three silvers at the 2003 World Championships in Barcelona, a feat which earned her two successive Hungarian swimmer of the year gongs.

She also won six gold medals across the 2002, 2003 and 2004 editions of the European Short Course Championships.

After narrowly missing out on a podium finish at the Athens 2004 Olympics, placing fourth in the 400 metres individual medley, Risztov announced her retirement at the age of 19 in 2005.

Four years later, she returned to competition in a bid to focus on the new Olympic open water discipline.

This culminated in her superb victory in London, where she out-touched American rival Haley Anderson by just 0.4 seconds at the end of a gruelling 10 kilometres marathon race in the Serpentine.

This came after 16th and 13th place finishes in the 400 and 800 metres freestyle pool events in the British capital.

Risztov also claimed two pool medals in home water at the 2012 European Championships in Debrecen before securing an open water silver in Berlin in 2014.

She finished 13th at the Rio 2016 Olympic Games over 10km in what has proved to be a career swansong.

"At the age of 31 you have to realise when the time has come to say goodbye," she said via Facebook.

"Now I feel I can’t give any more to this sport and it’s better to begin the next chapter and start the civil life."

Risztov is now hoping to launch a new career path as an office manager for the sports division of talent agency TMC.