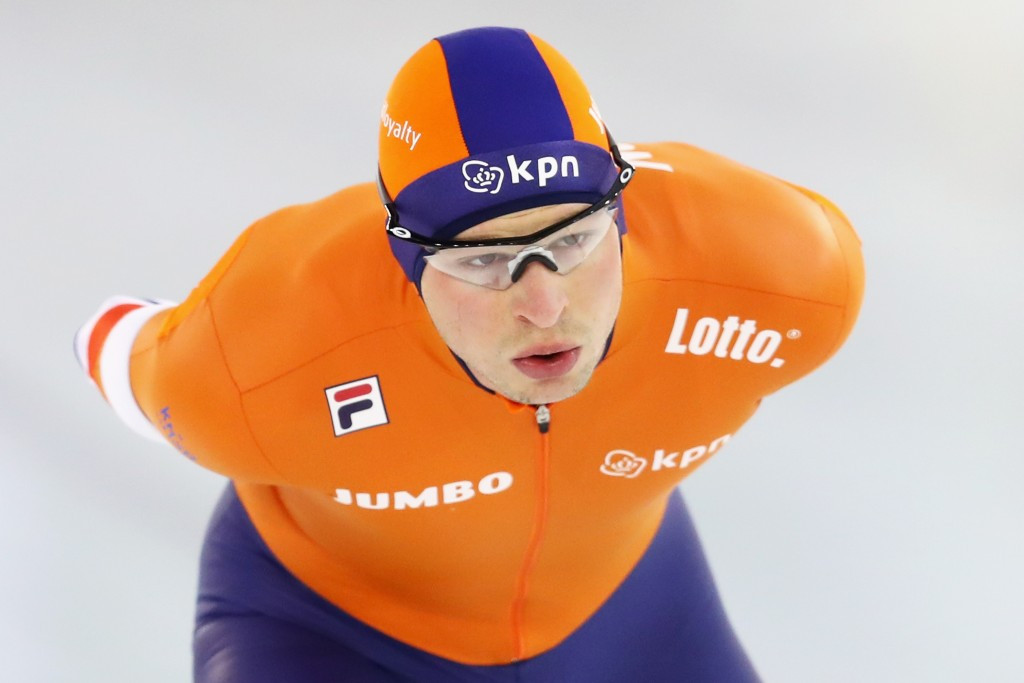 Sven Kramer and Ireen Wüst ensured there was a Dutch double on the opening day of competition at the International Skating Union (ISU) World Single Distances Speed Skating Championships in Gangneung today.

Kramer was seeking to defend his men’s 5,000 metres title at the Championships, which is doubling as a test event for the Pyeongchang 2018 Winter Olympics.

The Dutchman was in the penultimate of the 10 pairings to take to the rink, facing off against his compatriot Jorrit Bergsma.

Kramer would see off the challenge of his rival by clocking 6min 6.82sec, with Bergsma trailing behind in 6:09.33.

The times would prove enough for the duo to finish first and seconds respectively in the standings.

History would be made Peter Michael became the first athlete from New Zealand to win a medal at the Championships, after he ended in 6:11.67.

“I am really happy with my performance today,” said Kramer.

“The quality of the ice was good so I’m looking forward to tomorrow’s competition.

“There wasn’t anything bad in particular so far.

“I do my best to stay strong to stay consistent in the rink.

“I hope to win not only 5,000m but other distances as well, Gangneung is great and I am enjoying my time here.”

Wüst would triumph in the women’s 3,000m discipline, having finished second to the Czech Republic’s Martina Sáblíková last year in Russia.

The Dutch skater was able to turn the tables on her rival by clocking 3:59.05, with Sáblíková just 0.6 seconds adrift.

Antoinette De Jong, also a Dutch skater, would earn the bronze medal in a time of 4:01.99.

Competition is due to continue tomorrow with the men’s and women’s 500m events being contested, along with the team pursuits.