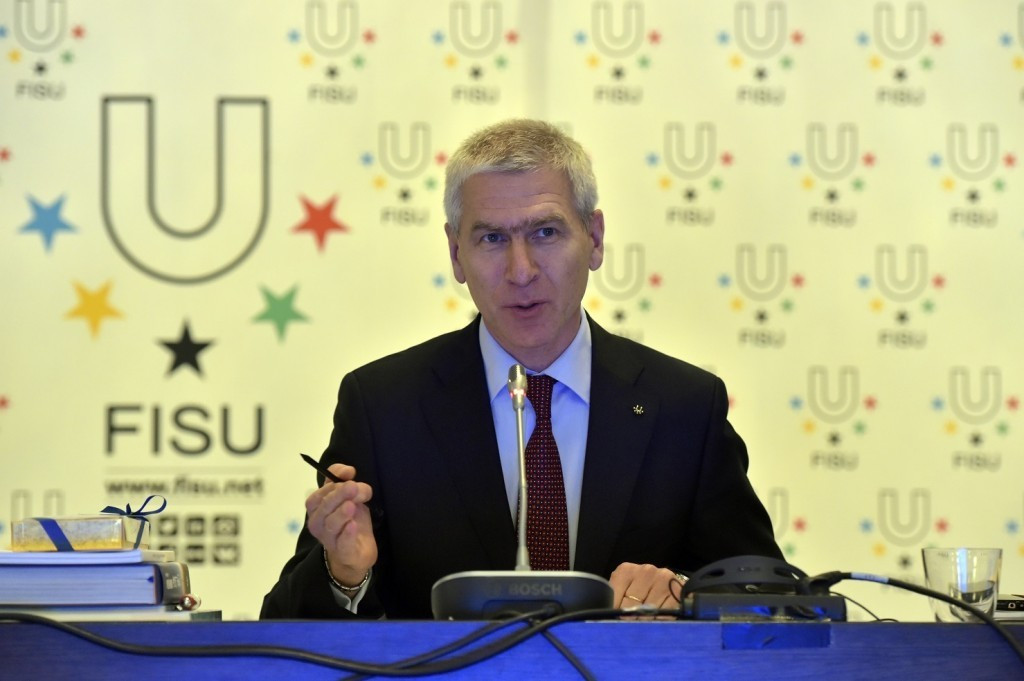 International University Sports Federation (FISU) President Oleg Matytsin has said the organisation is currently more focused on providing anti-doping education to its athletes than issuing sanctions in light of the second part of Richard McLaren’s report into Russian state-sponsored doping, which concluded that the 2013 Universiade in Kazan was used as a testing ground for sample manipulation.

In December, it was confirmed evidence of state-sponsored doping uncovered in the McLaren Report was being examined by FISU after the World Anti-Doping Agency (WADA) initially declined to provide the organisation with the information following the publication of the first part of the document in July.

In a blog published on insidethegames, Matytsin, who was born in Russia, claimed the governing body had "repeatedly" asked for WADA’s evidence on Russian Universiade competitors after McLaren unveiled the initial findings "but was sent none".

He had revealed sanctions could have been imposed on athletes prior to the 2017 Winter Universiade here in Kazakhstan.

But speaking to insidethegames during the Games, Matytsin said attention has now turned to educating athletes.

"Concerning the McLaren Report, we are really doing our job according to our WADA colleagues and according to all WADA regulations," he said.

"We are mainly connected with International Federations.

"If there is an official request from International Federations to FISU regarding some evidence about the doping results of athletes who are participating in the Universiade, then of course, we will take some sanctions according to the regulations.

"But today we are really focused not for the sanctions; we are mainly thinking how to prevent, how to avoid cases using doping and as I see now and experience from the Universiade, we have not so many problems.

"We are very active, even pro-active in this area, and I can say in daily contact with WADA."

Matytsin was among those present at the opening of last week’s FISU World Conference on Innovation-Education-Sport, where he said around 200 anti-doping tests will carried out during Almaty 2017.

In partnership with WADA, FISU has created a textbook to provide education about anti-doping.

"University students are often open to experimenting with many different things," Matytsin said.

"It is our job to do all we can to ensure that doping is not one of those things.

"It is our job to explain to students that doping is not consistent with the values of sport."

Also in attendance at the Conference was WADA’s education manager Erin Tedford, who explained the role of education in the promotion of clean sport.

In her speech, Tedford underlined the importance of creating teaching and learning materials for universities to introduce the topic of the fight against doping in sport, primarily for first-year students.

Raushangul Akhanova, the head of the department for medical services and drug testing at the 2017 Winter Universiade, has outlined the anti-doping measures in place here in Almaty.

"There are 10 drug testing laboratories running at the Universiade," she said.

"Nine are located at the venues and one is located in the Athletes’ Village.

"In total, we have 35 drug testing officers and 54 assistants.

"Samples are taken in compliance with the requirements of the World Anti-Doping Agency Code, international testing standards and FISU rules.

"All samples are sent to the Anti-Doping Laboratory in Austria accredited by WADA.

"However, these results are confidential and only FISU representatives have access to them before they disclose them in accordance with the approved requirements and rules."