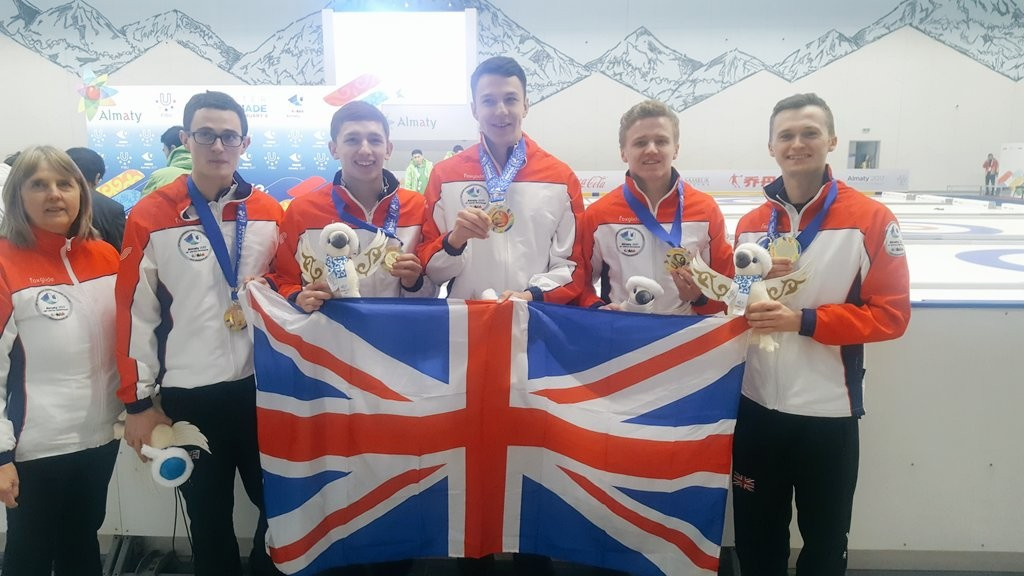 Skipped by Bruce Mouat, the 2015 bronze medallists fell behind for the first time in the match after Sweden picked up two points in the eighth end to go 6-5 in front.

But they maintained their composure to regain the lead with a two-point ninth end and then seal victory with a one-point 10th.

The win completed an unbeaten campaign for Britain, who won all nine of their round-robin matches before defeating champions Norway 9-8 in the semi-finals.

Norway bounced back from their disappointment at missing out on the final by beating Czech Republic 7-3 in yesterday’s bronze medal match.

In the women’s final, Canada avenged their defeat to Russia in the 2015 Winter Universiade gold medal match by triumphing 8-3.

The Canadians held a four-point lead after the third end and despite defending champions Russia pulling one back in the fourth, they restored their advantage in the fifth.

A scoreless sixth end was followed by a two-point seventh for Russia to make the score 5-3, but Canada saw the match out after claiming one point in the eighth and two in the ninth.

"We are very happy that we won the gold medal," Canadian skip Kelsey Rocque said.

"When we go back to Canada we will show our medals.

"Kazakhstan is a very friendly country.