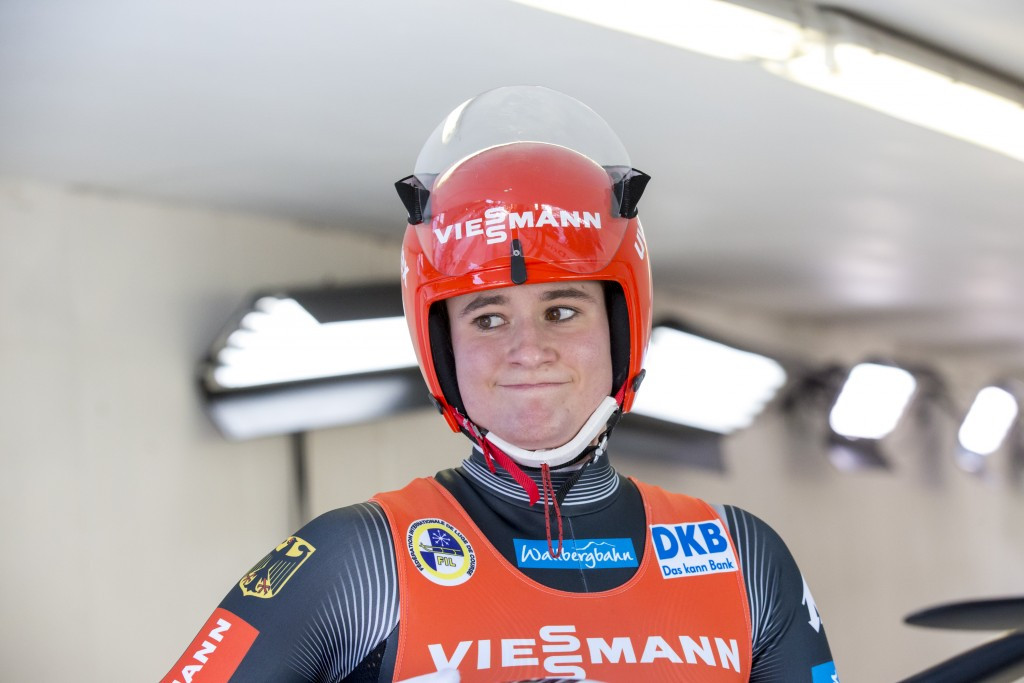 The German, a double Olympic gold medallist, was victorious on her home track to secure a fifth women's win in all this season, and she would later add the team relay title.

Geisenberger, who also has seven World Championship golds in her collection and is looking to win the World Cup title for a fifth straight year, was timed at 1min 22.388sec after her two singles runs.

It meant she took victory by just one thousandth of a second in front of compatriot Tatjana Hüfner, who finished in 1:22.389.

Tatyana Ivanova of Russia stopped the watches at 1:22.669 for third place.

Hüfner had led after the first run thanks to a track record of 41.248sec, but that mark is now held by Geisenberger who completed her second run in 41.101sec.

"I think that one thousandth of a second was a birthday treat today," said Geisenberger, the overall World Cup leader with 797 points.

"In terms of the overall rankings I’m still cautious because there are two races left to go."

Hüfner sits second in the overall standings with 720 points, with newly crowned world champion Erin Hamlin of the United States a distant third on 536.

In the team relay, Geisenberger teamed up with Felix Loch, the men's winner in Oberhof yesterday, and the doubles team of Tobias Wendl and Tobias Arlt to set a new track record of 2:21.465.

Russia, featuring Ivanova, Roman Repilov and the duo of Alexander Denisyev and Vladislav Antonov, were second with Latvia's Eliza Cauce, Inars Kivlenieks and the doubles combination of Oskars Gudramovics and Peteris Kalnins third.

Germany leads the overall standings with 331 points after four of the six events.

The next leg of the FIL World Cup season will be a test event for the Pyeongchang 2018 Winter Olympics in South Korea.

Competition at the penultimate stage of the season will take place on February 18 and 19.