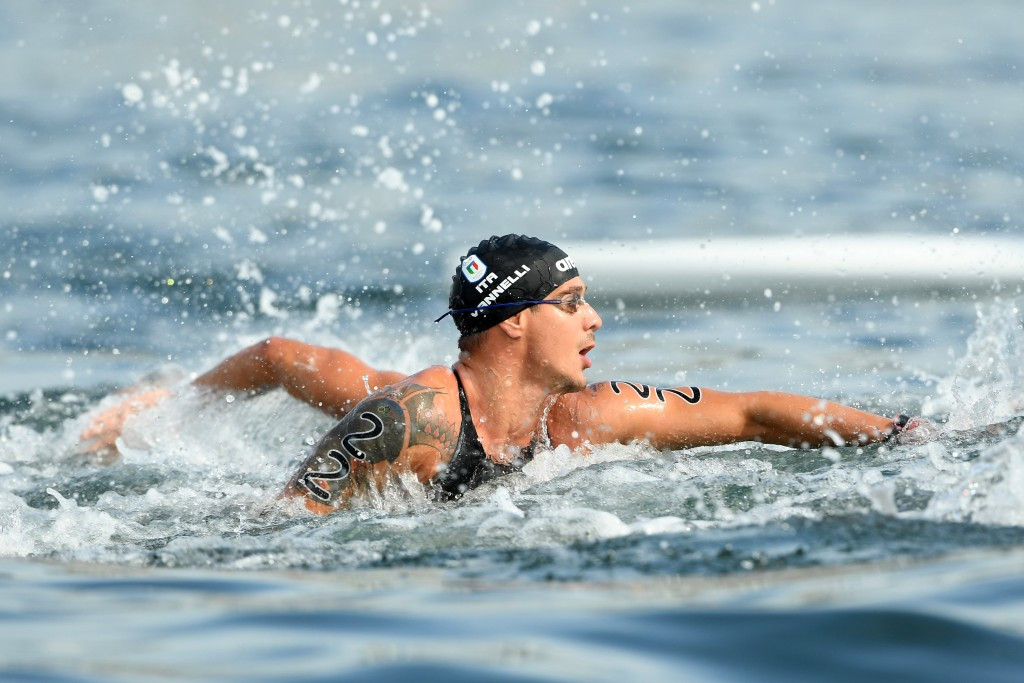 Italy dominated the opening leg of the International Swimming Federation (FINA) Marathon Swimming World Cup season by claiming 1-2 finishes in both the men's and women's races in Patagones-Viedma.

Both races in Argentinian waters were held over 10 kilometres with Federico Vanelli touching first in the men's race, winning in a time of 1 hour 57min 2sec.

The seventh best finisher in the Rio 2016 Olympic race in August managed a best of third on last year's World Cup circuit, which came at the same venue.

He improved on that today by edging his team-mate Simone Ruffini, last year's overall World Cup champion and the 2015 world champion.

In the women's race, Arianna Bridi was fastest as she triumphed for Italy in 2:11.30.

The pair are not strangers after Bruni won the overall World Cup title last season, in front of Okimoto who finished second.

The next leg of the season will take place in the United Arab Emirates capital Abu Dhabi on March 11.