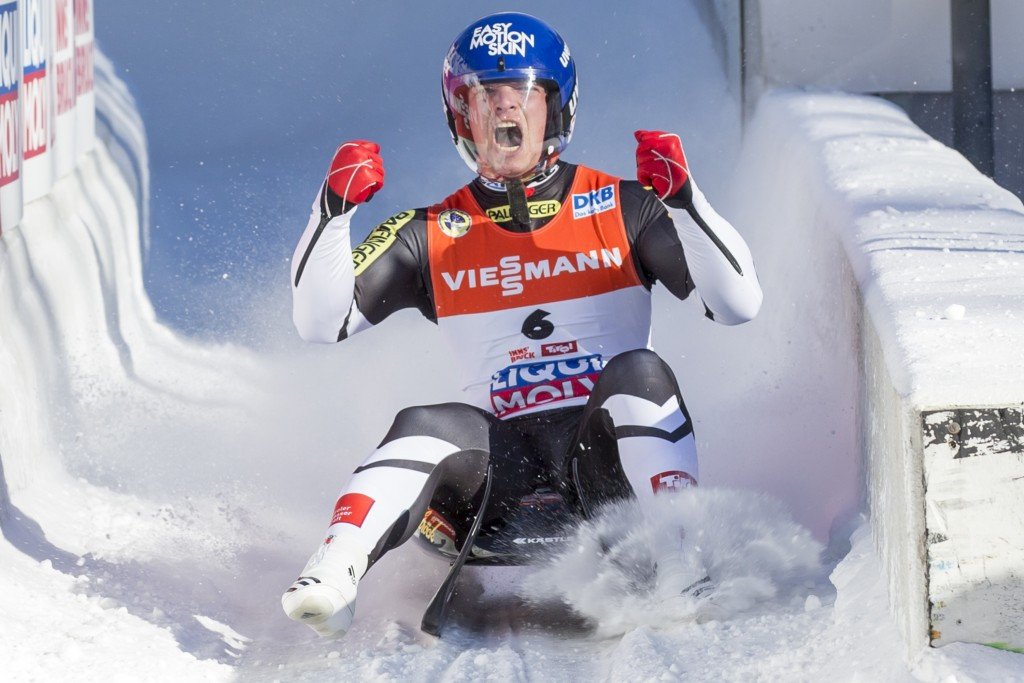 It marked a second victory of the weekend for the 28-year-old after success in the sprint event on Friday (January 27).

Kindl recorded the fastest times in both for a combined 1min 39.799sec.

He finished 0.062 clear of Russia's two-time junior world champion Roman Repilov, who also finished second behind him in the sprint.

Italy's Dominik Fischnaller finished 0.120 behind the winner in third.

"That was amazing," Kindl said afterwards.

"It's more than a dream come true for me.

"I don't know what else to say, it's just unbelievable."

Markus Prock was the last Austrian men's singles world champion in Altenberg in 1996.

"I'm delighted with silver, but of course I'd have been even happier with gold," he said.

"My goal is to be Olympic Champion next year."

Defending winner and reigning Olympic champion Felix Loch of Germany had to settle for sixth despite briefly holding the track record of 49.892 on his first run before Kindl improved it to 49.823.

Germany did enjoy the consolation of a seventh successive team relay world crown.