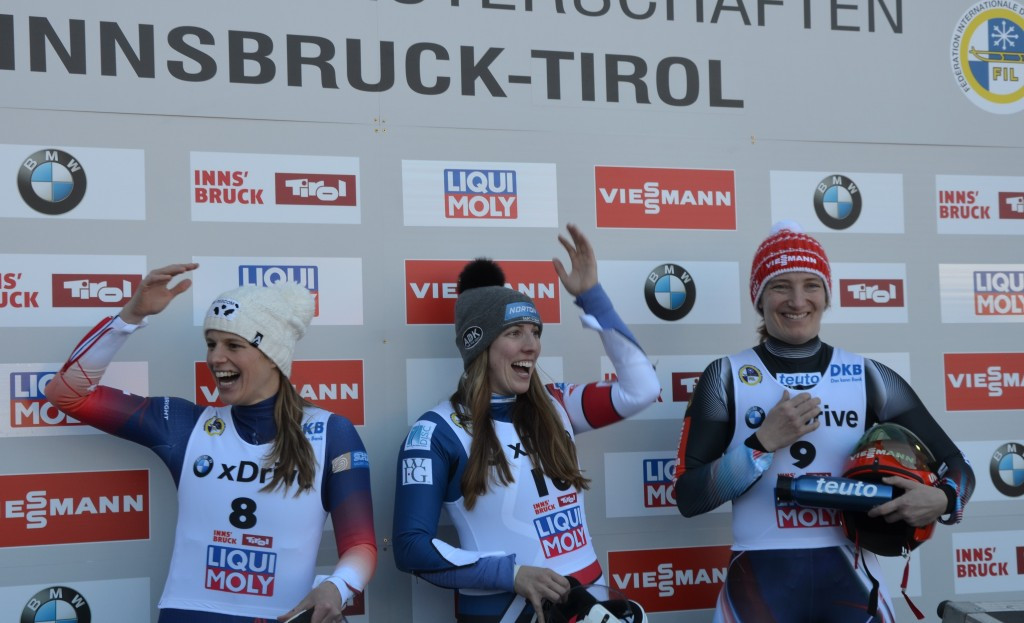 Hamlin, who had claimed an equally unexpected non-sprint world title at Lake Placid in 2009, clocked a time of 30.074sec in the shortened format in the Austrian resort.

This proved enough for her to get the better of defending champion Martina Kocher of Switzerland.

Kocher finished 0.009 behind as Tatjiana Huefner of Germany took bronze a further thousandth of a second back.

“This is incredible, I wasn’t expecting it at all," said the winner.

“I am absolutely delighted, even though my 2009 title still means more to me.”

Local hero Kindl delighted the home crowd with his win in the corresponding men's event.

He clocked a time of 32.467 to win by 12 thousandths over Russia's Roman Repilov.

Italy's Dominik Fiscgnaller was a comparatively distant third in 32.590.

“I knew I could win here,” said Kindl afterwards.

“I’m really pleased and I hope I can mix it with the frontrunners again on Sunday (January 29).”

Last year’s sprint competition was the first time the event had featured in the FIL World Championships.

Action in the longer two-run Olympic discipline will begin tomorrow.