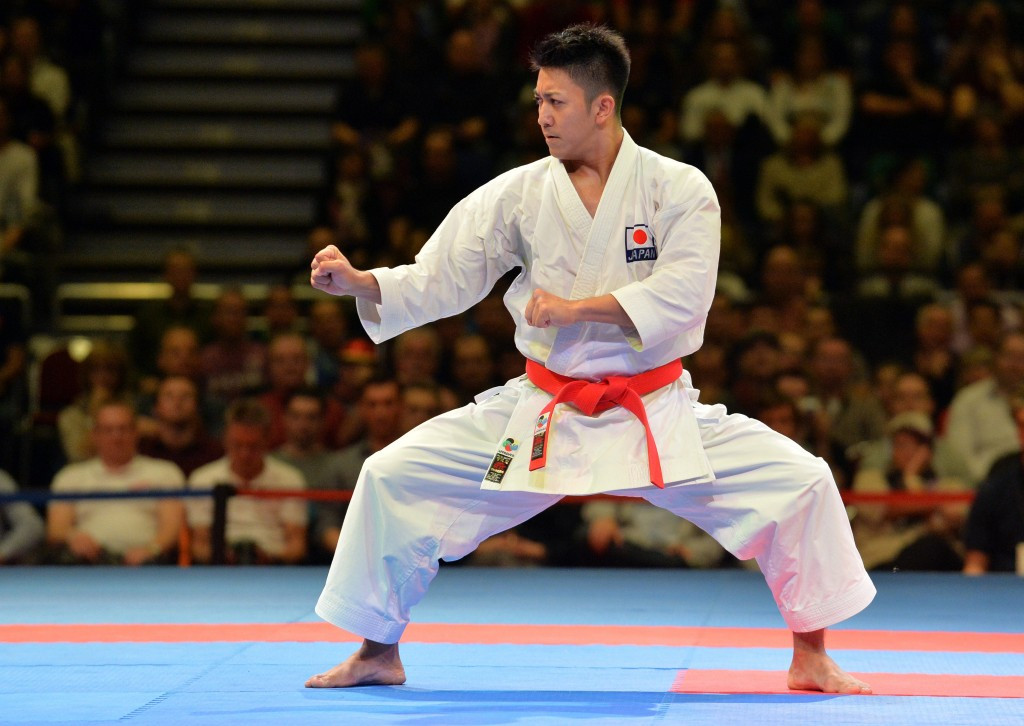 Ryo Kiyuna began the defence of his Paris Open title in fine style as the Japanese star reached the men’s kata final at the Karate1 Premier League.

The 2014 and 2016 world champion was in fine form throughout the opening day of the event at the Stade Pierre de Coubertin, winning each of his pool contests to reach the quarter-finals.

Kiyuna would then earn a 5-0 victory over his compatriot Yuhei Horiba to move into the last four, where he defeated another Japanese competitor Chikashi Hayashida by the same score.

The strength of the Japanese team was highlighted by the nation having seven of the eight quarter-finalists in the discipline.

Issei Shimbaba would emerge as Kiyuna’s opponent for the final, after he triumphed 5-0 over his team-mate Kazumasa Moto in their last four showdown.

The men’s team kata final, however, will be an all-Italian affair as the nation’s two teams progressed by overcoming the challenge of the host country France in both semi-finals.

France will have representation in the female kata final, with Sandy Scordo having won her semi-final against her compatriot Alexandra Feracci.

Germany will take on Italy in the women’s team kata final.

In order to attract greater viewing figures worldwide, all finals and bronze medal bouts will be held on a Sunday and will be broadcast on television networks across the globe, as well as on the new Karate1 Premier League pay-per-view channel.

The kumite divisions are set to take centre stage tomorrow.

The competition, which is due to conclude on Sunday (January 29), has attracted its highest-ever number of participants after the registration process was completed.

The figure represents an increase on the 1,049 athletes who were registered to compete at last year’s World Championships in Linz.