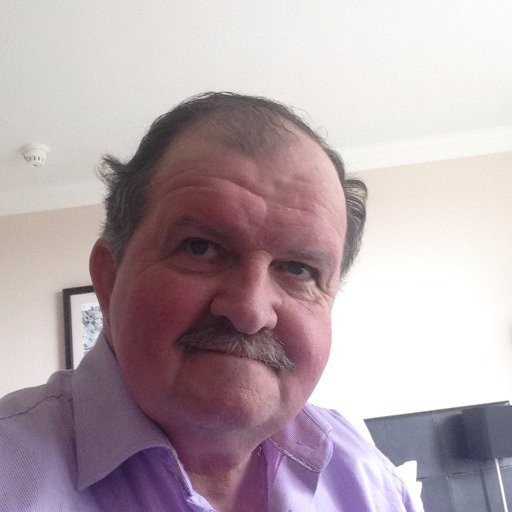 Bernard O'Byrne has upped the ante in the three-horse race for the Olympic Council of Ireland (OCI) Presidency by accusing his two rivals William O'Brien and Sarah Keane of being members of the "old guard".

The trio were all formally confirmed this week as candidates vying to replace Patrick Hickey as head of the OCI.

Hickey was arrested in a dawn raid during last year's Olympic Games in Rio de Janeiro as part of a Brazilian police investigation into alleged ticketing charges, which he denies.

He has now returned to Ireland on bail but is due to cease an OCI position he has held since 1989.

O'Byrne, the chief executive of Basketball Ireland, has sent a letter to the 36 OCI Member Federations questioning a supposed lack of progress over the last two decades.

"Both of the candidates for the position belong to the old guard of the OCI," he wrote in a letter obtained by insidethegames and in which he firmly lays out his reformist credentials.

"To my mind if either of these candidates are elected to the role of President it does not bode well for the radical improvements necessary in the OCI.

"No changes were made before, why would they be made now?"

Honoured & delighted to be nominated by B.I. to run for the Presidency of the OCI. My best effort and then Que Sera Sera!! @Bballirl

O'Brien, a longstanding ally of Hickey, who is currently serving as interim head, has served on the Executive Committee since 1996.

An OCI-commissioned report conducted by Deloite last year proposed that no official should serve more than two four-year terms.

O'Brien disputed O'Byrne's comments and told the Irish Independent that the OCI "hasn't been resting on its laurels for the past 10 years".

Swim Ireland chief executive Keane has only served just over two years on the Board since joining in 2014.

She has been viewed elsewhere as a reforming candidate.

"My intention would be to act as a mentor to those, passing on the knowledge that is already there and keeping some sort of continuity going," Keane told the Irish Independent.

O'Byrne claimed that allies of O'Brien are attempting to divide key Executive Committee positions, something that has been rejected on the grounds it is a "normal part" of any political process.

"I know that meetings have taken place between a small number of Federations who have agreed to support each other in order to carve up key positions between them," he added in his letter.

"I want no part of any such undemocratic process.

"I know that six or seven Federations meet and thereby excluded the other 27/28 Federations.

"This may be described as politically astute or clever electioneering.

"What is definitely cannot be described as is a process of 'Openness, Transparency and Accountability', which are what is needed to revive the OCI."

Allies and other members of the pro-Hickey "old guard" include Dermot Henihan, bidding to serve a fresh term as honorary general secretary, and honorary treasury candidate William Kennedy.

All three were nominated by, among others, the Irish Ice Hockey Association.

O'Byrne also includes eight specific campaign promises in his letter, of which almost all are based around changes to the governance and structure of the organisation.

This includes ensuring the OCI becomes "totally compliant with Company Law and proper Governance recommended structures" and to improve relations with Sport Ireland and Government departments.

He also "prudently proposes the release of funding to member relations if and when available" in order to develop their Olympic sports and athletes.

"This quantum of money should not be going to consultants."

The new President will serve a four-year term due to end after Tokyo 2020.

The election is scheduled to be held during an Extraordinary General Meeting scheduled for Dublin's Conrad Hotel on February 9.

O'Byrne manifesto letter, entitled "Time for Change", can be read in full here