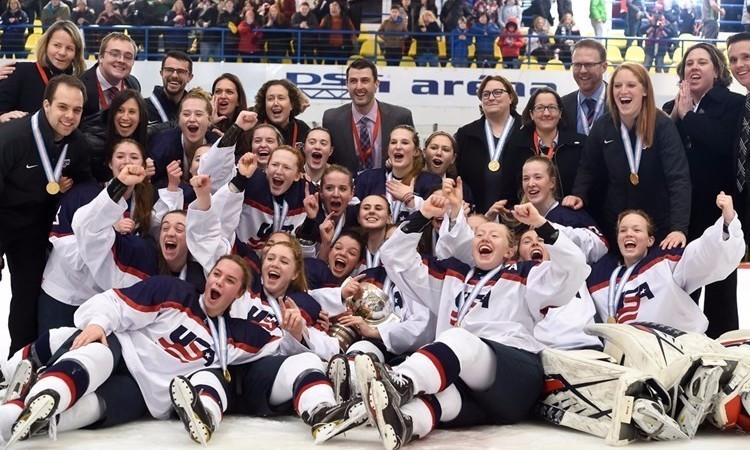 Graze Zumwinkle scored the decisive goal with just two minutes remaining in the match before victory was ensured as the Americans scored into an empty net in the dying seconds at the PSG Arena.

For the Americans it is their second consecutive gold medal after they also defeated Canada in the final last year, who were hosts of the tournament.

The Americans started well and had Canada pinned back in the opening stages but failed to create any clear opportunities.

Canada managed to survive the early pressure and then began to play with more confidence and created opportunities of their own.

Starting the second period similarly to the first, the US scored the first goal however.

Delaney Drake received the puck before firing in from the tightest of angles to give the Americans the lead.

Time began to run out for the Canadians but, in the third period, Daryl Watts drilled a sublime high shot into the goal to level the contest.

With the game seemingly heading to overtime, the US regained possession of a loose puck and created a two-on-one situation.

Clair DeGeorge had her initial effort saved, but Zumwinkle was there to smash home the rebound for the US.

The win was then confirmed for the Americans as Emily Oden completed the scoring with five seconds remaining as she passed the puck into an empty net.

In the penultimate match of the tournament today, Russia defeated Sweden 2-0 at the Prerov Arena to secure the bronze medal.

The Swedes defeated the Russians in the bronze medal match at last year’s tournament in Canada.

However, Russia would get their revenge to claim the country’s second bronze medal in three years following a sensational performance from goalkeeper Valeria Merkusheva, who made 32 saves to record her second clean sheet in three games.

Yelena Provorova's goal opened the scoring before Daria Beloglazova secured the bronze medal as she scored Russia’s second with just a minute to go.