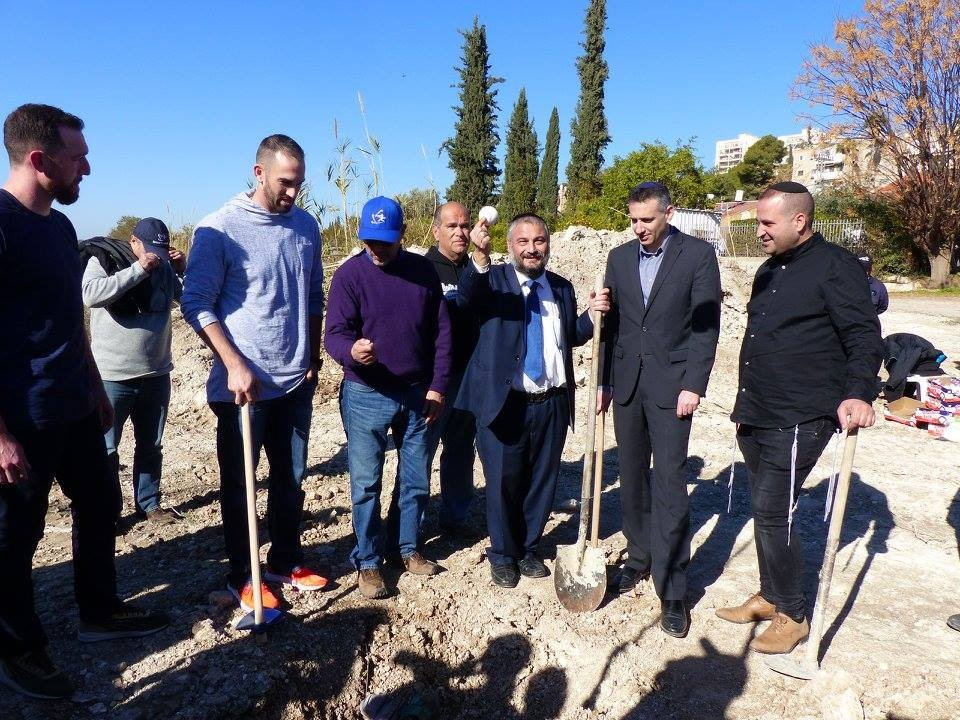 Ground has been broken on the construction of a new multi-venue baseball centre located 30 kilometres west of the Israeli capital of Jerusalem in Bet Shemesh.

Israel’s new playing and training hub, due to be completed later this year, will include one regulation pitch, two youth pitches, batting cages, lights, dugouts and spectator seating.

Leaders from the Israel Association of Baseball (IAB), the city of Bet Shemesh, the Jewish National Fund and the Bet Shemesh Baseball Club led the ceremony.

Athletes from the Israeli men's team, including Major League Baseball players, also participated in the ceremony.

Josh Zeid, formerly of the Houston Astros, and Cody Decker of the Milwaukee Brewers were in attendance.

The event was attended by hundreds of local baseball fans and young players.

"We want Bet Shemesh to be one of our most important centres, and looking at the crowd here, we can do it," said IAB President, Peter Kurz.

"This is an extremely exciting [time] for Israel baseball and for sport in Israel, in general."

Israel, currently ranked 41 in the World Baseball and Softball Confederation (WBSC) baseball world rankings, enjoyed an exceptional 2016 as they won a qualifier last September to earn the nation’s first-ever place at the World Baseball Classic.

Four years ago Israel were denied a space at the tournament following a last innings defeat to Spain in their qualification final, a match which had been "gnawing on us for years" according to coach Jerry Weinstein.

They easily overcame Britain 9-1 at the home of the New York Mets' Class A affiliate Brooklyn Cyclones on Coney Island though to secure their passage to this year's tournament.

Israel will compete in Group B, due to take place in Seoul alongside South Korea, Chinese Taipei and The Netherlands in the opening round of the tournament in March.

"WBSC congratulates Israel Baseball and welcomes this landmark day that reflects the growing popularity and positive impact that baseball and softball, and sport, can have on young people’s lives and communities around the world," said WBSC Riccardo Fraccari.

"This great result not only highlights the synergy of becoming an Olympic sport, but also how baseball and softball can contribute to further strengthening the year-round connection between the Olympic Movement and the world."