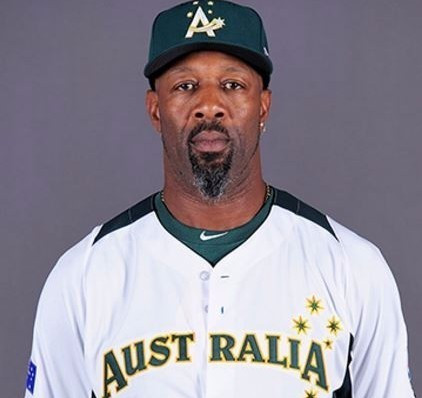 Tributes have been paid to Australia baseball legend Greg Jelks, who has died at the age of 55.

Jelks suffered a heart attack on January 5 when on board a return flight to Australia, his adopted homeland.

Baseball Australia chairman David Hynes has led the tributes to Jelks, who played for and coached the nation during his career.

"I played against Greg and he was an amazing player and a true gentleman," said Hynes.

"Greg was hugely influential in baseball in Australia, particularly on the west coast, and he has left us way too soon.

"On behalf of everyone involved in Australian baseball, our thoughts are with Greg's family and friends.

"We have lost an amazing person.

"We celebrate the great bloke that he was and the legacy that he leaves our game."

Heartfelt tribute to one of the best ever to grace @TeamAusBaseball & @PerthHeat this morning as the #NYC2017 continues. Vale Greg Jelks. pic.twitter.com/AhejME9wg9

Born in Alabama in 1961, the American native obtained Australian citizenship in the 1990s and was a member of their 1998 Baseball World Cup team.

His playing career saw him represent Major League Baseball team the Philadelphia Phillies, before moving to the Italian Baseball League.

He was appointed as a member of the Australian coaching staff for the Sydney 2000 Olympic Games, and worked with their teams at the 2006 and 2013 World Baseball Classics.

He then reprised this role at the 2017 World Baseball Classic Sydney qualifier, which was won by Australia last February.

An exhibition game between Perth Heat and the Australian national team on January 6 also featured tributes to Jelks.