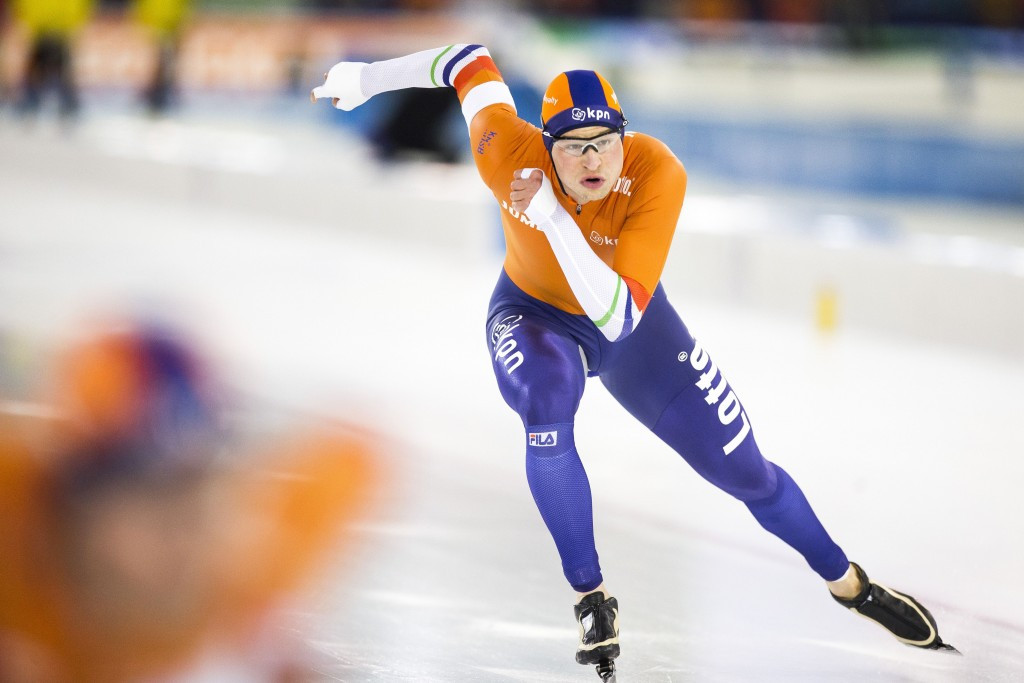 The Dutchman was forced to settle for second place in the first race of the day, posting a time of 1min 46.54sec in the men’s 1,500 metres event on home ice.

He would end just 0.01 seconds behind Russia’s Denis Yuskov, but gained ground on all of his other rivals.

The top three was completed by Sindre Henriksen of Norway, who finished 1.28sec behind the winner.

Kramer would seal the overall title by triumphing in the 10,000m race, clocking a time of 13:06.30 in his head-to-head clash with his compatriot Jan Blokhuijsen.

The trio would also be the top three in the all-round classification, with Kramer achieving 148.699 points across the weekend’s four races to win the title again.

Blokhuijsen and Swings would finish with 149.816 and 151.293 points respectively, with the lower the score the better.

The women’s sprint tournament also drew to a conclusion, with Karolina Erbanova of the Czech Republic retaining her overnight advantage.

Having finished second in both events contested yesterday, the 24-year-old would end as the runner-up again in the 500m event in a time of 38.19sec.

Russia’s Olga Fatkulina made it two wins on the spin in the discipline by clocking 38.07sec, while The Netherlands’ Jorien ter Mors was third in 38.29sec.

It would not prove enough to clinch the overall sprint title as Erbanova would finish second for the fourth time this weekend by crossing in 1:15.83.

Another Dutchwoman, Marrit Leenstra, was third, 1.47sec behind the winner.

The overall sprint title was won by Erbanova as she had accumulated 152.180 points, ending just 0.09 clear of Ter Mors.

Fatkulina would earn bronze, finishing 0.36sec down on the winner’s total.

Ireen Wüst and Kai Verbij of The Netherlands had claimed the overall women's all-round and men's sprint titles respectively yesterday.