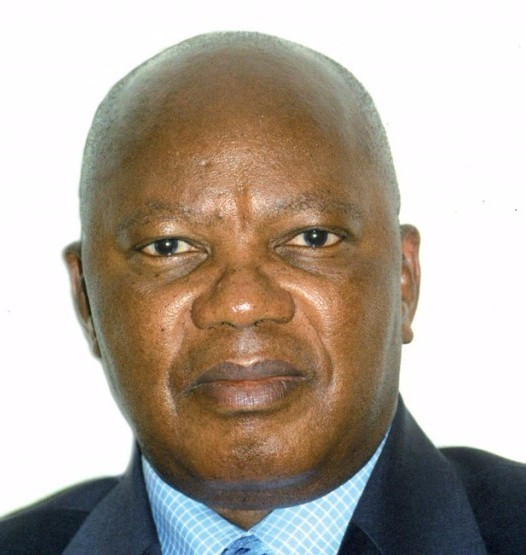 Twenty-seventeen emerged like a new athlete on the tracks, bearer of our hopes, with the duty of sharing the prospective success and happiness with everyone.

As for the month of December, it had a dual significance: not only did it mark the dusk of 2016, it equally symbolises the end of the ongoing Olympiad.

Over the past 12 months, together, we shared rich experiences, celebrating sport as a factor for education, training, health, solidarity and a vector for social cohesion, national pride and peace.

In a nutshell, 2016 passed with all its thrilling, defining moments for our Olympic and sports movement, intense moments that showcased our activities and highlighted our commitment to youth development in Africa.

At the 2016 Olympic Games in Rio, our continent bagged 45 medals, beating the record of 40 medals hauled at Beijing 2008. I wish, on behalf of all ANOCA member NOCs, to address my heartfelt congratulations to athletes and their supervisors.

This success was possible thanks to assistance from Olympic Solidarity, which granted 292 scholarships to enable African athletes to prepare. This was supplemented by a financial package from ANOCA, with money managed by an ad-hoc commission set up to this effect. Casa Da Africa Rio 2016, constructed during these Games, was also a real success. It attracted some 46,500 curious visitors, among them key political, sports and cultural figures.

We also note with immense pleasure the signing, on September 17, 2016, of the initial agreement with the African Union and the Association of African Sports Confederations (AASC), with respect to the management of the All-Africa Games. The agreement was concluded prior to an official Memorandum of Understanding, which shall irrevocably entrust to ANOCA the organisation and management of these Games.

In terms of the law, ANOCA was very much concerned with improving its governing instruments. On November 17, in Doha, we arrived at a consensus to review our constitution. Amendments made are in keeping with new reforms contained in Agenda 2020 as well as the spirit of the Olympic Charter.

Preparations before the African Youth Games, Algiers 2018, took an interesting turn this year. More to the point, we are working in close collaboration with the AASC to ensure success. Everything thus points to the fact that these Games will meet the expectations of the continent's youths who desire "more sport", more meetings, more exchanges, more pan-African events, which all convey the image of a great Africa.

On the subject of bilateral cooperation we were able, this year, to consolidate existing ties with some of our partners, such as the United States Olympic Committee, NOC Japan, the International Olympic University of Russia and INSEP, together with traditional partners.

In the same vein, we are particularly pleased that ANOCA member NOCs took full advantage of Olympic Solidarity programmes, thanks to better understanding of the various administrative and financial procedures involved. Pertaining to communication, our institution is forging ahead. We were able to showcase our actions by regularly publishing the ANOCA Newsletter and press releases, with regular updates on our website and our Facebook page, which have become more attractive with photo galleries and videos.

There was also a special newsletter which provided updates on African athletes at the 2016 Olympic Games in Rio. This year, ANOCA also launched a project to implement a new platform aimed at improving its database and communication with member NOCs.

Besides, ANOCA invested a great deal in the training of sports administrators and in streamlining NOC administration. The seminar for secretary generals was organised in Sao Tome and the Women and Sports seminar in Algiers. In like manner, during the second session of the General Assembly of the Association of Olympic Academies of Africa, which was organised in Bamako from 23 to 26 March, participants discussed ways of working together to make Olympic education a vector for youth training and education.

As for the Olympafrica programme, its centres took a new dimension thanks to the mobilisation and commitment of all our partners. We have to date succeeded in constructing no less than 40 Olympafrica centres across Africa. More than 100 000 young people participated in athletics competitions and more than 100,000 others took part in the Futbolnet programme. Thanks to our dynamic Athletes’ Commission, I wish to point out that ANOCA carried out several operations in relation to the athletes' career monitoring programme on the entire continent.

In 2016, African sport also glowed with the positioning and recognition of Africa’s sons and daughters on the international arena. Worthy examples here include Nawal El Moutawakel who artfully accomplished her mission as chair of the Coordination Commission of the Rio Olympics, Fatma Samba Diouf Samoura, who was made secretary general of FIFA and Tegla Loroupe, designated personality of the year for 2016 for her role in the participation of the IOC refugee team at the Rio Olympics.

However, this glowing picture of 2016 was at times tainted by the sad news of the passing on of high profile officials of the African Olympic and sports movement and other servants of continental sport, to whom we wish to pay a glowing tribute.