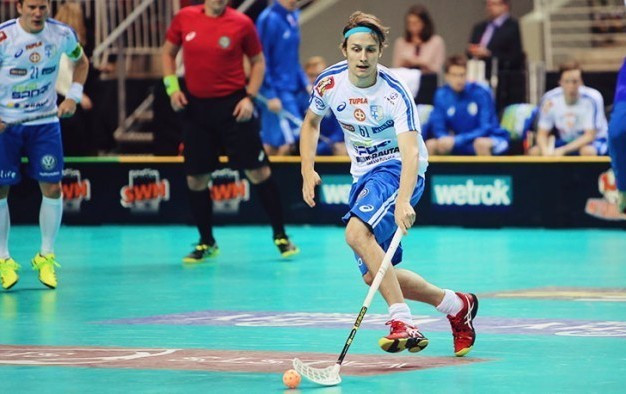 Finland’s Peter Kotilainen has been named the International World Games Association (IWGA) Athlete of the Month for December after he was instrumental in the country lifting the Men’s Floorball World Championship crown in Riga.

The 22-year-old forward was given the tournament’s most valuable player award as he scored 10 goals, two of which came in the shoot-out victory over perennial rivals Sweden in the final.

Finland beat their Scandinavian counterparts 4-3 to end Sweden’s pursuit of a ninth title at the event.

Goals from Kotilainen and Sami Johansson had clawed Finland back into the match after they fell 2-0 behind and the IWGA award winner then scored the crucial equaliser to level the contest at 3-3.

The third and final period ended scoreless, as did the 10-minutes of extra-time, which forced the shoot-out.

The two Scandinavian countries have dominated the World Championships since the first edition in 1996, with the Swedes winning eight out of the 11 competitions to have been played and Finland triumphing at the other three.

Kotilainen, described as a "unique" player by Finland head coach Petri Kettunen, top scored at the tournament at the Arena Riga and also chipped in with six assists.

He was also granted a place in the competition’s all-star team as a result of his performances, which were integral to Finland topping the podium.

Kotilainen has spent the majority of his club career with Happee, who play in his home town of Jyväskylä.

The Finnish player has participated in the Champions Cup and in both the Men’s and under-19 Euro Floorball Tours.