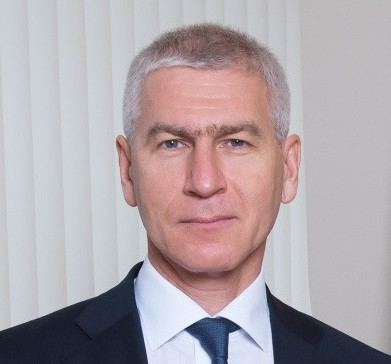 The end of December, particularly in those countries celebrating Christmas and New Year, provides a fresh opportunity to wonder at the way sport can bring people together. Both professional and university teams serve as focal points.

In the USA, American football played at university level draws millions of fans throughout the end of December and early January. Often these fans are celebrating a triple bond of family ties, a love of sport and a shared alma mater.

For many of us in the International University Sports Federation (FISU) family, this is a busy time of year. In just a month’s time, the opening ceremony of the Almaty 2017 Winter Universiade will signal the start of our biggest celebration of winter sport.

More than 2,000 student athletes from more than 50 countries are expected. The Winter Universiade is undoubtedly the biggest winter sports event outside of the Olympic Winter Games, and covers the same range of sports.

In Almaty, the commitment to excellence we have seen in preparations for the Universiade also leaves no doubt as to that city’s own Olympic ambitions. Almaty is ready.

For many years, the Universiade has been seen as a stepping-stone for athletes on their way to Olympic participation. More than 450 former Universiade competitors took part in Sochi 2014, 65 of them as medalists.

Recently, however, the Universiade has been associated with Sochi 2014 in a more troubling way. In the second part of his WADA Independent Person report Richard McLaren, the professor of sports law from Western University in Ontario, claimed a link between the Kazan 2013 Universiade and efforts to undermine anti-doping work.

At the time, FISU had no reason to suspect the results of a comprehensive testing programme that was fully compliant with WADA policies. Indeed, FISU has always made extra effort with its anti-doping work, particularly conscious of the education context in which we work. Together with WADA, we have even developed a textbook that enables students to gain academic credit by learning about anti-doping.

Following Prof McLaren’s revelations, FISU was quick to act. On publication of the first part of McLaren’s findings in July, FISU repeatedly asked for WADA’s evidence against Russian Universiade competitors (but was sent none). Only after Prof McLaren concluded his report did WADA comply with our requests to provide evidentiary packages related to athletes named during McLaren’s investigation. FISU is now examining these.

Where appropriate, disciplinary cases will be opened in partnership with the relevant international federations. FISU is determined to ensure fairness for student athletes competing in Almaty and beyond and correct past results where necessary.

Beyond Almaty lies our biggest event, and the biggest multisport competition outside the Olympic Games. This coming July will see the celebration of the Summer Universiade, with Taipei 2017. Once again, the FISU family will blend sport, culture and education, leaving every participant with a renewed appreciation for competition, with new friendships and with memories to help guide a lifetime.

As with many in the Olympic Movement, FISU’s story goes far beyond the headlines of our biggest events. FISU will be working closely in 2017 to build on the MOU we signed with the IOC in November, and we will focus particularly on supporting the IOC in using universities to ensure that elite athletes are properly equipped for a professional career after sport.

Like the IOC, FISU will continue to refine our sports programme, making sure it is as relevant as possible to the young people we are dedicated to serving.

One key refinement is a move to having universities compete directly in our events, especially for team sports. Over the past 30 years, the leading universities have established themselves as global brands, competing on a global playing field for the best researchers, the brightest students and the most supportive partners. It is only right for FISU to change with the times and give these universities a chance to compete internationally at sport too.

By increasing the pace of change in 2017, FISU aims simply to keep up with the changing lives of the young people we work for. If we wish to continue influencing their lives with the positive values of sport it is a race we must run well.