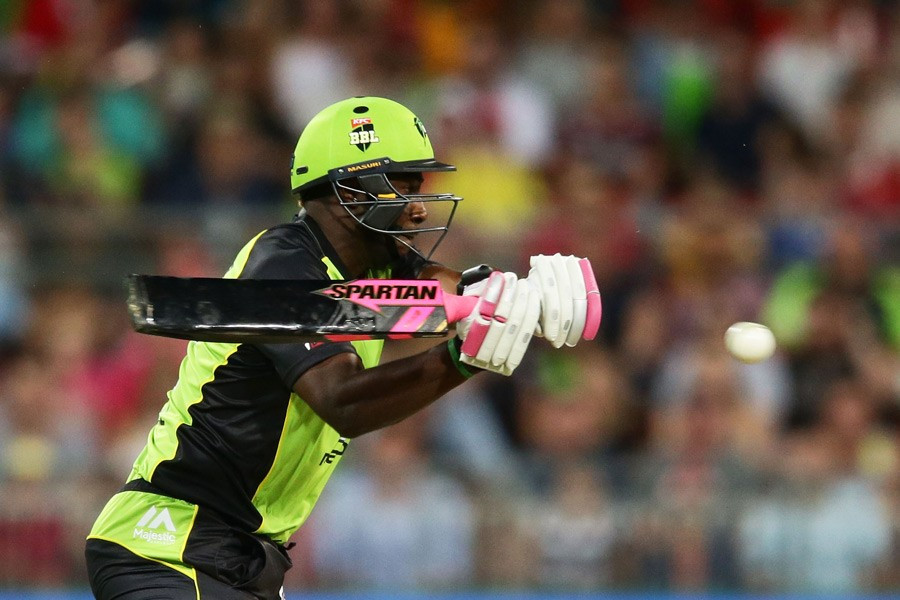 The black and pink bat being used by Andre Russell for the Big Bash League has been banned by Cricket Australia.

Following the opening game of the 2016-17 season, officials confirmed the West Indian’s bat had left a mark on the white ball and the decision had been taken to ban it.

Russell, an all-rounder who has played one test, 51 one-day internationals and 43 T20 games for the West Indies, scored nine runs for the defending champions Sydney Thunder in their seven-wicket loss to the Sydney Sixers yesterday before picking up one wicket for 27 runs with his bowling.

The match was played at the Sydney Showground Stadium, which hosted baseball matches at the 2000 Olympic Games in the city.

"The match officials provided feedback to Cricket Australia that the bat used by Andre left black marks on the match ball," said Anthony Everard, head of the league.

"As a result, we have decided to withdraw our approval for Andre to use the bat.

"Should Andre, or any other Big Bash or Women’s Big Bash players for that matter, wish to use a bat with a different colouring solution that doesn’t result in the discolouration of the match ball, they will be permitted to do so.

"This is subject to Cricket Australia being satisfied that the bat won’t compromise the integrity of the game, which we believe discolouring the match ball does."

Originally, the bat in question had been given permission by the league’s organisers.

Players are allowed to use different coloured bats as long as they are the same colour as the team’s kit or black.

This season’s league is due to run until January 28.