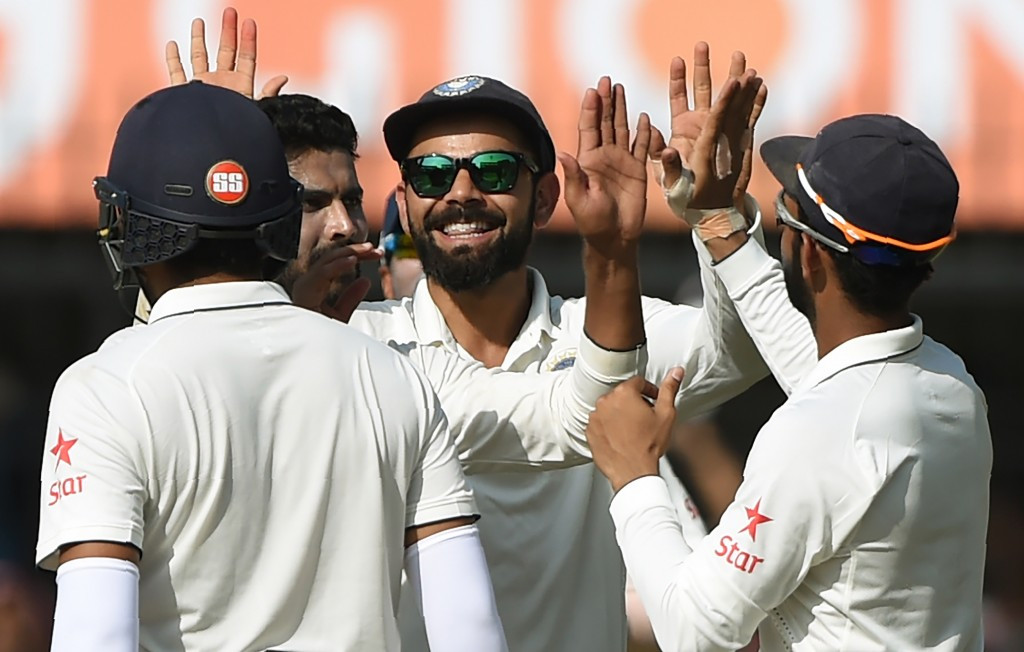 India will end 2016 as the number one ranked side in Test cricket after their comprehensive 4-0 series victory over England.

Virat Kohli's side completed their rout of the English on home soil today, with victory by an innings and 75 runs in the fifth Test in Chennai.

It means India have gained five points in the rankings, putting them on a total of 120 at the top of the pile.

England's poor display has seen them plummet from second place - where they had been tied with Australia on 105 points but ahead on decimal points - to fifth.

They now have 101 points, with the Australians still on 105 and Pakistan and South Africa both on 102.

Australia and Pakistan will conclude a three match series in Sydney between January 3 and 7, when the rankings will be updated again.

There are financial incentives for being higher in the rankings with an April 1 deadline for International Cricket Council cash rewards looming.