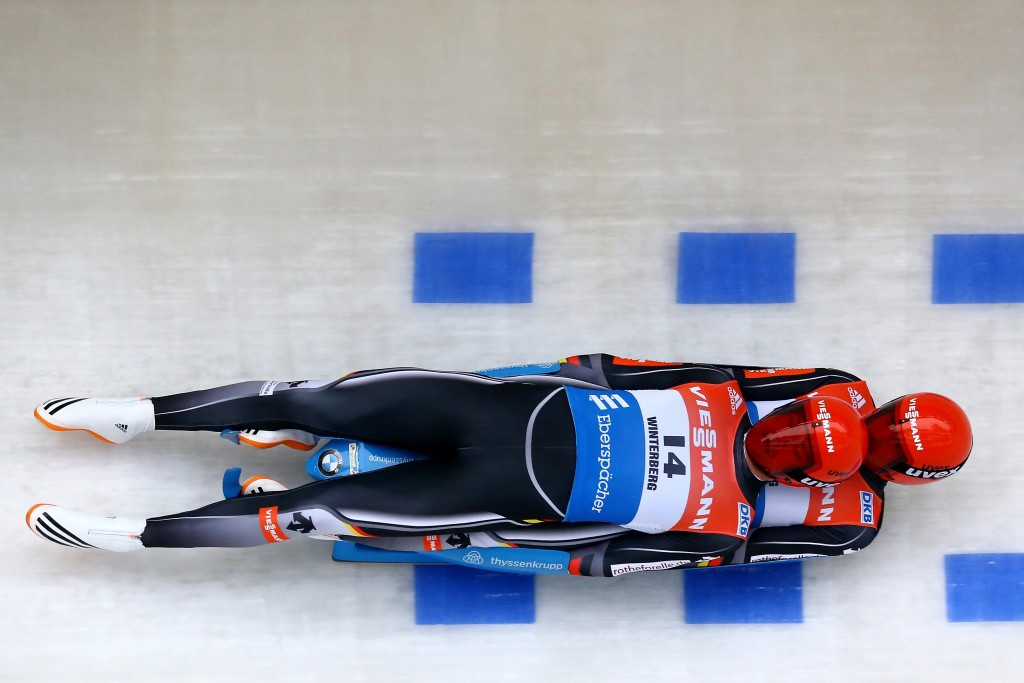 German duo Toni Eggert and Sascha Benecken returned to the top of the International Luge Federation (FIL) World Cup podium as they took victory in the doubles sprint race at the Utah Olympic Park.

The pair had dominated the series so far up until they were beaten by Olympic champions and compatriots Tobias Wendl and Tobias Arlt yesterday but managed to beat their team-mates to conclude the World Cup event in Park City in style.

Eggert and Benecken secured victory in a time of 32.838sec, with Wendl and Art forced to settle for silver having finished in 32.893.

Americans Jayson Terdiman and Matt Mortensen were the recipients of the bronze medal as they completed the course in 32.938.

The victorious Germans remain the overall leaders on the World Cup standings with 570 points, with Wendl and Arlt second on 467.

The German domination of the top three on the leaderboard is completed by Robin Geueke and David Gamm who have 375.

Hamlin posted the two quickest runs of 44.649 and 44.608 to secure a victory which elevates her to third place on the overall standings.

Canada’s Alex Gough rounded out the podium as she clinched bronze in 1:29.584.

Tatjana Hüfner of Germany, the 2010 Olympic gold medallist, is currently in pole position on the overall standings as she has 430 points.

Fellow German Natalie Geisenberger is second, 18 points behind, with Hamlin third on 374.

European Championships bronze medallist Dominik Fischnaller of Italy claimed victory in the men’s sprint race with a time of 46.203.

Roman Repilov of Russia, who won yesterday’s race, was second, while German Andi Langenhan was third.

Repilov retained his advantage at the summit of the leaderboard on 407 points, with Olympic champion Felix Loch, fourth in the sprint competition, his closest challenger.

The Luge World Cup series continues on the artificial track at Königssee in Germany from January 5 to 6.