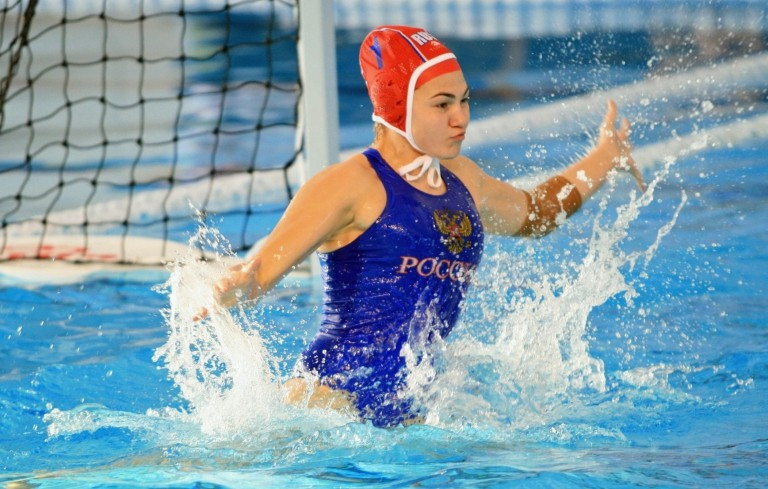 Russia will play Spain for the gold medal at the International Swimming Federation (FINA) World Women’s Youth Water Polo Championships after both teams successfully came through their semi-final encounters at the Sir Owen Glenn National Aquatic Centre in Auckland today.

Russia beat The Netherlands 12-8, while Spain triumphed 12-10 over Italy to complete the line-up for tomorrow’s final.

Trailing 5-1 at half-time, The Netherlands netted their second goal against Russia through Brigit Sleeking.

Maria Bersneva countered twice though, scoring herself before passing to Daria Gerzanich who made it 7-2.

Lieke Rogge responded for the Dutch on an extra-woman advantage after which Russia's Polina Kempf ensured the third period ended with the score at 8-3.

The final quarter begun with goals from Sleeking and team-mate Brigit Mulder to make it 8-5, but Russia were not flustered and converted on an extra-woman advantage.

It soon became 9-6 as a resurgent Dutch side pressed their opponents into mistakes, but Russia gained some respite through Bersneva’s fifth goal, driving from halfway and scoring for 10-6.

The Netherlands were still not finished as centre forward Maartje Keuning scored, however, Bersneva raced off and registered at the other end to make it 11-7.

Following a Russia timeout, The Netherlands stole the ball quickly and went on the counter with Sleeking scoring her third goal for 11-8.

The final score came from Russian captain Bella Khamzaeva after latching onto a cross from the right in front of the goal.

Like Russia, Spain had to work hard to book their place in the final at the expense of a stubborn Italian side.

Italy came out fighting in the third quarter, despite finding themselves 7-4 down at half-time, and reduced the deficit to one with goals from Domitilla Picozzi and Elena Altamura.

But Spain responded by scoring twice on an extra-woman advantage, through Paula Crespi and Alba Bonamusa, before Picozzi went on the counter to make it 9-7.

Bonamusa then converted a penalty for 10-7, and although Claudia Presta moved Italy to within two early in the fourth period, Spain's Elia Montoya netted her third goal on an extra-woman advantage for 11-8.

Goals for Italy's Chiara Foresta and Spain's Alejandra Aznar on extra-woman advantages made it 12-9 and the scoring was completed by a consolation goal for Italy through Presta.

In the fifth to eighth-place classification matches, the United States downed China 20-6 and Greece beat Hungary 11-10.

Canada held off a fight-back from Germany to secure 11th place with a 13-10 win, while Australia defeated New Zealand 11-5 for ninth place.

Prior to tomorrow’s final, China are due to meet Hungary in the seventh-place play-off and the US go up against Greece for the right to finish fifth.