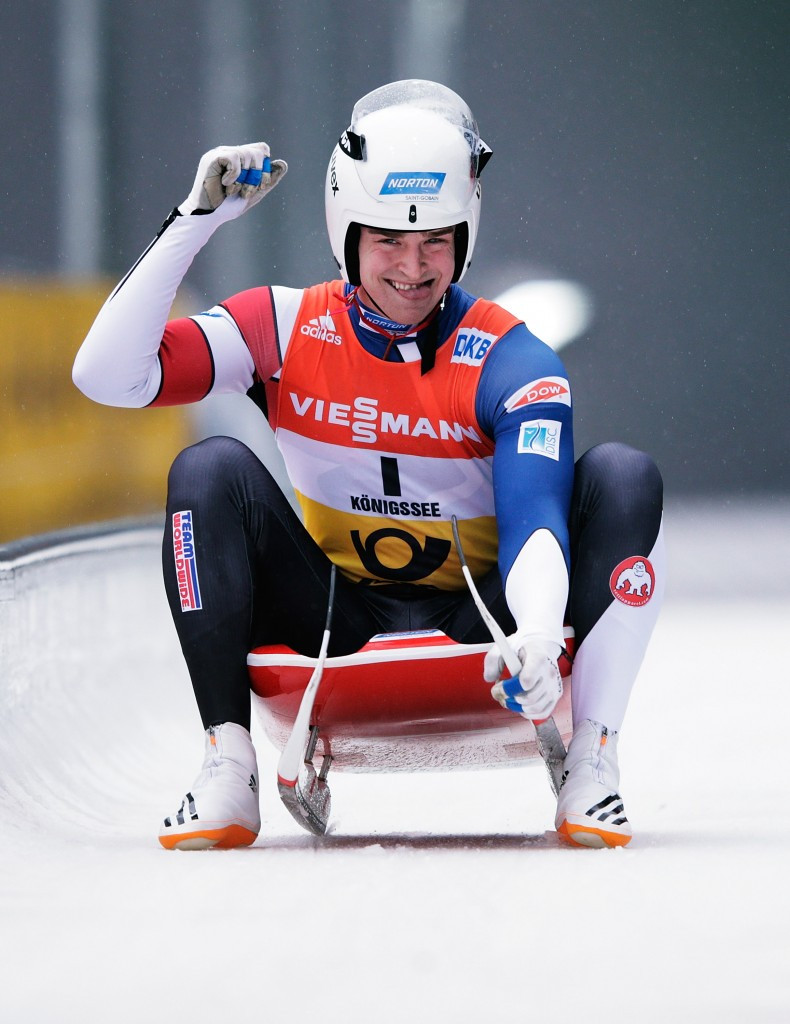 Tucker West will be aiming to make it three consecutive victories in the International Luge Federation (FIL) World Cup on home ice in Park City.

The fourth leg of the season begins tomorrow at the Utah sliding track which hosted competition at the Salt Lake City 2002 Winter Olympic Games.

West has won both of the men's races held in North America so far, at another home venue in Lake Placid and in Whistler in Canada.

These victories marked a superb turnaround after he was disqualified during the opening leg of the season in Winterberg in Germany, meaning he picked up no World Cup points.

He also failed to qualify for the Sprint World Cup in Winterberg, meaning his two victories only leave him eighth in the overall standings.

There is a familiar name on top as Germany's Felix Loch leads the way with a tally of 260 points.

The triple Olympic champion won the sprint event in Winterberg and will again be expected to challenge in Park City.

Johannes Ludwig won the regular World Cup race in Winterberg and is second behind compatriot Loch in the standings.

The women's race in Park City should also be an intriguing affair with Germans Natalie Geisenberger and Tatjana Hüfner tied at the top of the overall rankings on 310 points.

American women will be looking to make an impression on home ice though, with Summer Britcher winning both the regular and sprint World Cup competitions last season.

In the doubles, German pair Toni Eggert and Sascha Benecken will be the team to beat as they have won all four World Cup events this season.

Their team-mates, the defending World Cup champions Tobias Wendl and Tobias Arlt, will be looking to regain some ground.

The World Cup event is doubling as the America-Pacific Championships, with all sliders from the region also competing for regional honours using a race-in-race format.

The defending champions are Erin Hamlin of the US in the women’s event, her compatriot Chris Mazdzer in the men’s, and Canadian doubles duo Tristan Walker and Justin Snith.

Action begins with the men's and doubles races tomorrow, before the women and the sprint events take centre stage on Saturday (December 17).