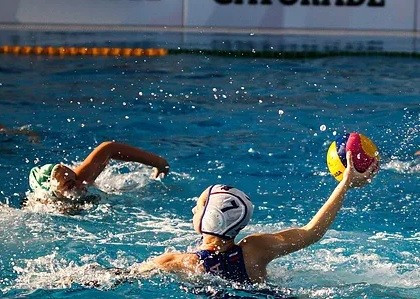 Russia continued their dominant start to the World Women's Youth Water Polo Championships as they thrashed South Africa to record their second victory in Auckland.

Having inflicted a crushing defeat on Spain on the opening day, the Russians were again in commanding form as they thumped South Africa 33-3 at the Sir Owen Glenn National Aquatic Centre to maintain top spot in Group A.

In the other match in the group, New Zealand were not able to build on their win yesterday as they fell to a 15-3 loss to Spain.

The Spanish side bounced back from their heavy reverse at the hands of the Russians, with Paula Crespi and Sofia Diaz both netting hat-tricks.

Elsewhere, defending champions the United States were denied a second straight victory as they were held to a thrilling 10-10 draw by Greece in Group C.

Aria Fischer top scored for the Americans with four, while Elisavet Protopapas chipped in with three goals of her own for the Greek side.

The US had to battle hard for their draw as they trailed 6-3 and then 8-5 before equalising in the dying stages.

The other encounter in the group was also a draw as Japan and China could not be separated at 13-13.

Canada and Hungary played out the third drawn match of the day as their contest ended level at 11-11.

The Canadians looked the favourites to secure a vital victory as they had a two-goal lead on three separate occasions in the final quarter but they were unable to overcome a determined Hungarian outfit.

Germany had no such problems as they beat Mexico 17-7 in Group D to boost their chances of reaching the next round.

In Group B, Italy outfought Australia on their way to a 10-7 success.

Group play will continue until December 15 with the top side going through to the quarter-finals and the second and third-place teams facing play-offs to progress.

The US beat Canada 5-4 in the final of the last edition, held in Spain's capital Madrid in 2014.