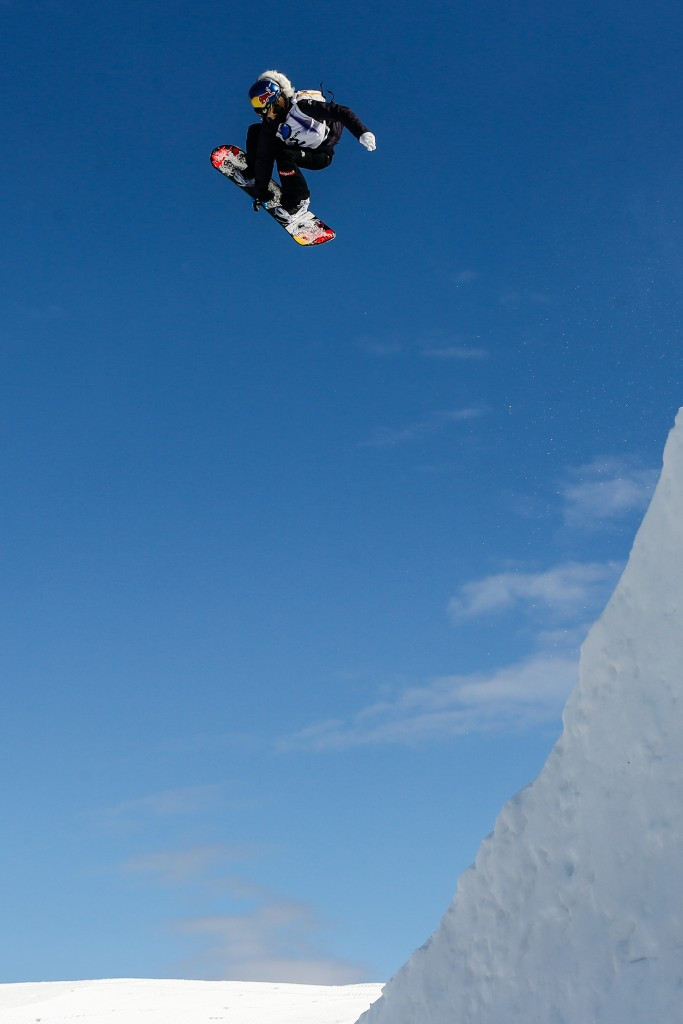 The world's best snowboarders have descended on Colorado in the United States for the fourth stop of the International Ski Federation (FIS) Snowboard Freestyle World Cup - but overall leader Anna Gasser is an injury doubt.

Between tomorrow and Saturday (December 17) athletes will battle for precious World Cup points in both half pipe and big air competitions in the event's return to Copper Mountain following a year out of the calendar in 2015.

Competition will open on the 22-foot superpipe before big air specialists take centre stage for the first on-slope big air World Cup contest since Valmalenco, Italy, back in 2008.

With three consecutive World Cup wins under her belt, Gasser would be the one to watch out for in the big air contest.

However, her participation is currently in doubt after she injured her knee during a training run earlier this week.

If Gasser is forced to miss the event, it will leave the door open for Olympic slopestyle champion Jamie Anderson of the US to reclaim vital World Cup points.

Katie Ormerod of Great Britain, who has already earned two big air World Cup podium finishes this season as well, will also be in contention alongside two more Americans in Hailey Langland and Julia Marino.

Canada's Spencer O'Brien will also be a contender.

In the men's event, Canadian dominance led by World Cup leader Mark McMorris, Sebastien Toutant and Max Parrot is set to ensue with Marcus Kleveland of Norway and Billy Morgan of Great Britain seeking to break their power over the division.

Double world champion and Moenchengladbach stage winner Roope Tonteri of Finland is also likely to be in contention.

In the superpipe event, the American duo of Chloe Kim and Kelly Clark are set to renew their rivalry but will face strong Chinese competition with Xuetong Cai and Jiayu Liu.

In the men's competition, Switzerland's Olympic champion Iouri Podladtchikov will square off against his Sochi 2014 rivals from Japan in Ayumu Hirano and Taku Hiraoka as well as super star Shaun White of the US.

In addition the field, which is one of the strongest in World Cup history, will also feature the likes of world champion Scotty James of Australia, Switzerland's Christian Haller, American Greg Bretz and Yiwei Zhang from China.

The qualifiers for the halfpipe and big air competitions are scheduled for December 14 and 15 while the finals will take place on December 16 in the halfpipe event and December 17 in big air.