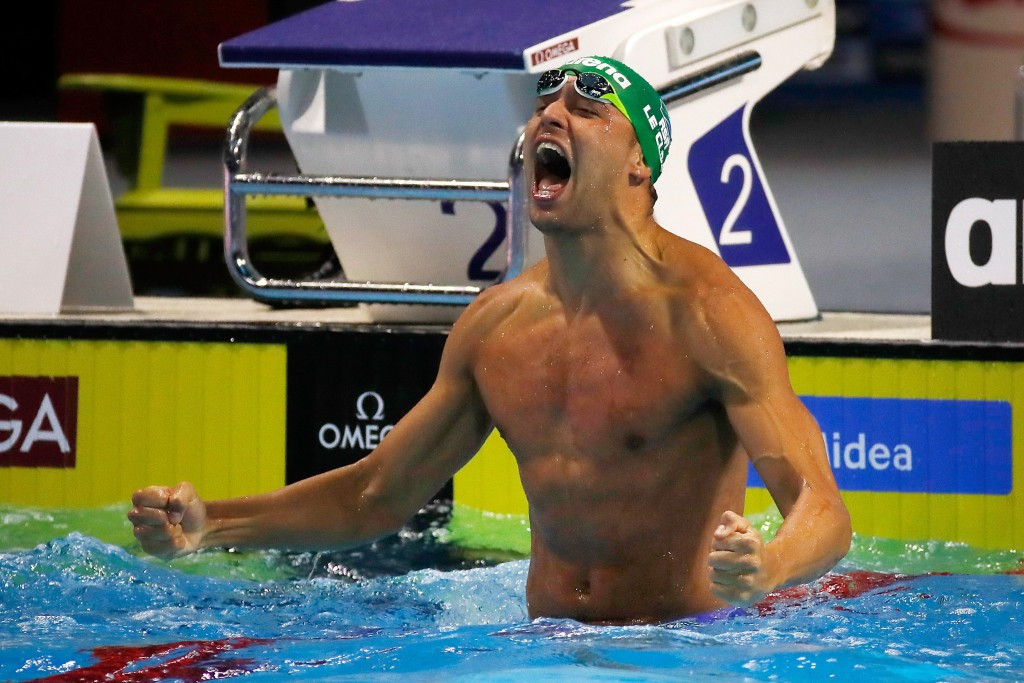 Already crowned champion of the 200m event, the 24-year-old completed the shorter distance in a time of 48.08 seconds at the WFCU Centre to add to his medal tally.

It lowered his previous world record of 48.44, which he set to earn the title at the 2014 edition of the Championships in Doha.

The United States’ Tom Shields and Australia’s David Morgan would earn silver and bronze medals respectively, after finishing in times of 49.04 and 49.31.

Katinka Hosszu continued her fine start to the Championships by earning her fourth gold, with the Hungarian triumphing in the women’s 200m backstroke.

The 27-year-old earned a silver medal in the event at the Rio 2016 Olympic Games, but would comfortably defend the short course world title she earned two years ago.

Hosszu completed the distance in a winning time of 2min 0.79sec to equal her gold medal haul from 2014, having already won the 100m backstroke, 200m butterfly and 400m individual medley.

Ukraine’s Daryna Zevina would finished two seconds off the pace to earn the silver medal, with Australia’s Emily Seebohm completing the podium positions in a time of 2:02.65.

Hosszu would not find herself in contention for further medal success in the women’s 800m freestyle, as she was well off the pace of the winner Leah Smith.

The American touched home in a time of 8:10.17, with her team-mate Ashley Twichell finishing a second adrift to win the silver medal.

Australia’s Kiah Melverton clinched the bronze, after she clocked 8:16.51.

Melverton’s compatriot Brittany Elmslie won the final women’s individual event of the day, powering home to win the 100m freestyle in a time of 51.81.

It would mean disappointment for the host’s nation’s Penny Oleksiak, with Canada’s Olympic champion forced to settle for a bronze medal in the event after finishing in 52.01, just 0.9 behind the runner-up Ranomi Kromowidjojo of the Netherlands.

Germany’s Marco Koch claimed the men’s 200m breaststroke crown, less than a month on from breaking the world record in the event.

Russia’s Mikhail Dorinov rounded off the top three by finishing in 2:03.09.

The United States would triumph in the only relay event of the day, with Tom Shields, Lilly King, Kelsi Worrell and Michael Chadwick combining to win the mixed 4x100m medley in a Championship record 1:37.22.

Defending champions Brazil and Japan would secure the remaining podium places, ending in 1:37.74 and 1:38.45.