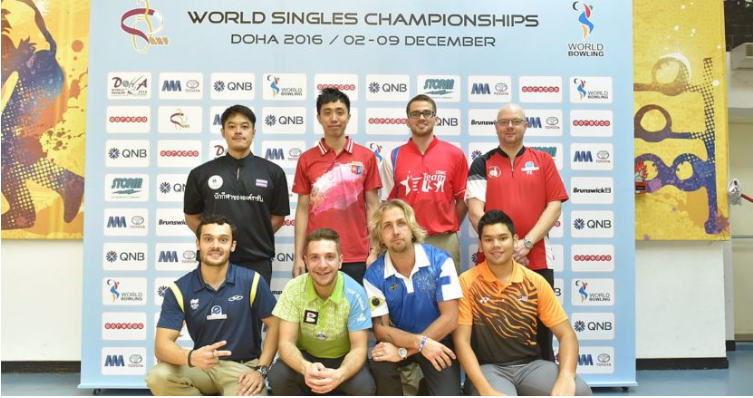 Qualifying leader Chris Via was one of eight men to successfully come through the first group phase of the World Bowling Singles Championships as action continued today at the Qatar Bowling Centre in Doha.

The American advanced from Group A along with Denmark’s Jesper Agerbo, who had taken the 32nd and final spot for the group phase.

Slovenia’s Anže Grabrijan dominated Group B, rolling the first 300 of the Championships in game four on his way to achieving an average of 234 for the day and a total of 43 points.

Second place went the way of Brazil's Marcelo Suartz, who averaged 212.13 for his eight games and earned 33 points.

Mak was in the top three for the first five games and led runner-up Joonas Jähi of Finland by 6.5.

The top four will then bowl for medals in the afternoon’s head-to-head matches, starting with the semi-finals.

The same schedule applies to the women’s competition, which was also trimmed down to eight players from 32 today.

Germany’s Laura Beuthner breezed to first place in Group B with an average of 219.25 and total of 39.5 points, while Singapore’s Shayna Ng closed with 236 to secure second spot on 34.

This year’s World Cup champion, Jenny Wegner of Sweden, posted the field-best average of 232.38 to top Group C with 42 points - 4.5 more than multiple world champion Shannon Pluhowsky of the US who was her nearest challenger with an average of 225.13 for the day.