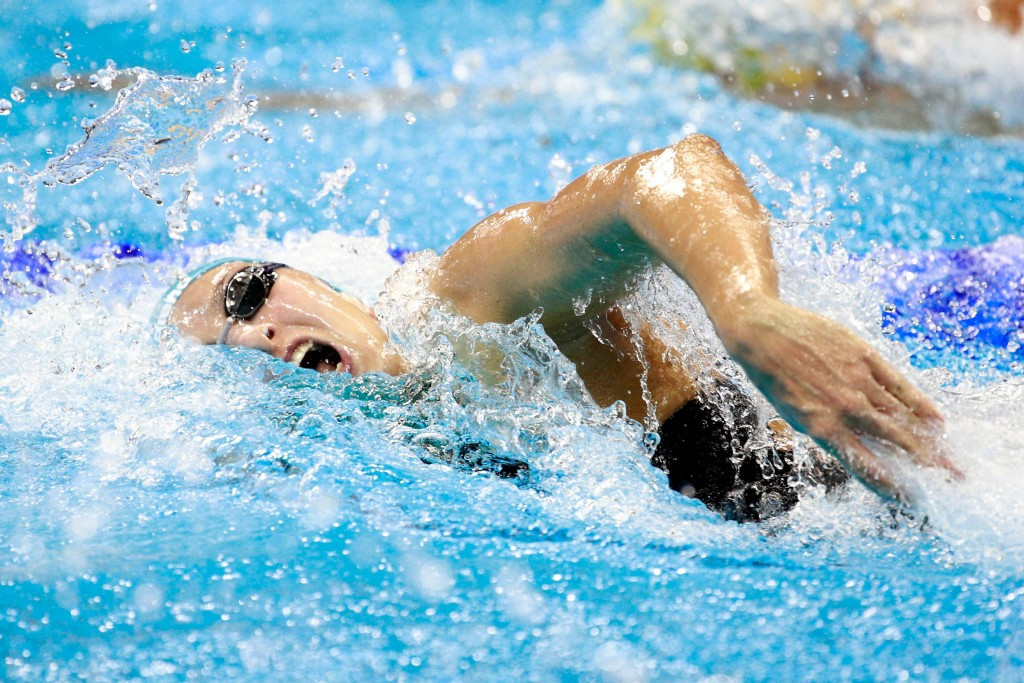 The Italian had trailed Hosszu for much of the race at the WFCU Centre, but stormed through in the closing stages to claim gold in a time of 1min 51.73sec to earn her first short course world title.

Triple Olympic gold medallist Hosszu would finish as the runner-up in 1:52.28, with Taylor Ruck earning the host nation's first medal of the Championships as the Canadian touched home in 1:52.50.

Despite the early defeat, it would not be long before Hosszu earned her first title of the Championships as she claimed victory in the 400m individual medley.

The Hungarian, who has entered 12 events in Windsor, touched home in a winning time of 4:21.67.

Vietnam’s Anh Vien Nguyen ended six seconds off the pace to appear set to earn the silver medal, but a disqualification saw the podium places go to Americans Ella Eastin and Madisyn Cox, who finished in 4:27.74 and 4:27.78 respectively.

South Africa’s star Chad le Clos would emerge triumphant from the men’s 200m butterfly final, with the world record holder clocking a time of 1:48.76 to defend the title he earned back in 2014.

Tom Shields claimed the silver medal as the American touched home in 1:49.50, while a time of 1:49.97 saw Japan’s Daiya Seto complete the podium positions.

Seto would earn bronze for the second time in the men's 200m individual medley, after finishing in a time of 1:52.89.

The gold was claimed by China's Shun Wang, who earned his maiden world title by clocking 1:51.74, with Germany's Phillips Heintz ending as the runner-up in 1:52.07.

Park Tae-hwan, who endured a miserable Olympic Games, secured the final individual gold of the day by winning the men's 400m freestyle.

The South Korean, who was cleared to represent his country just a month before Rio 2016 after he successfully appealed again a Korean Olympic Committee ruling which forbids athletes from representing any national team for three years after a doping suspension, triumphed in 3:34.59.