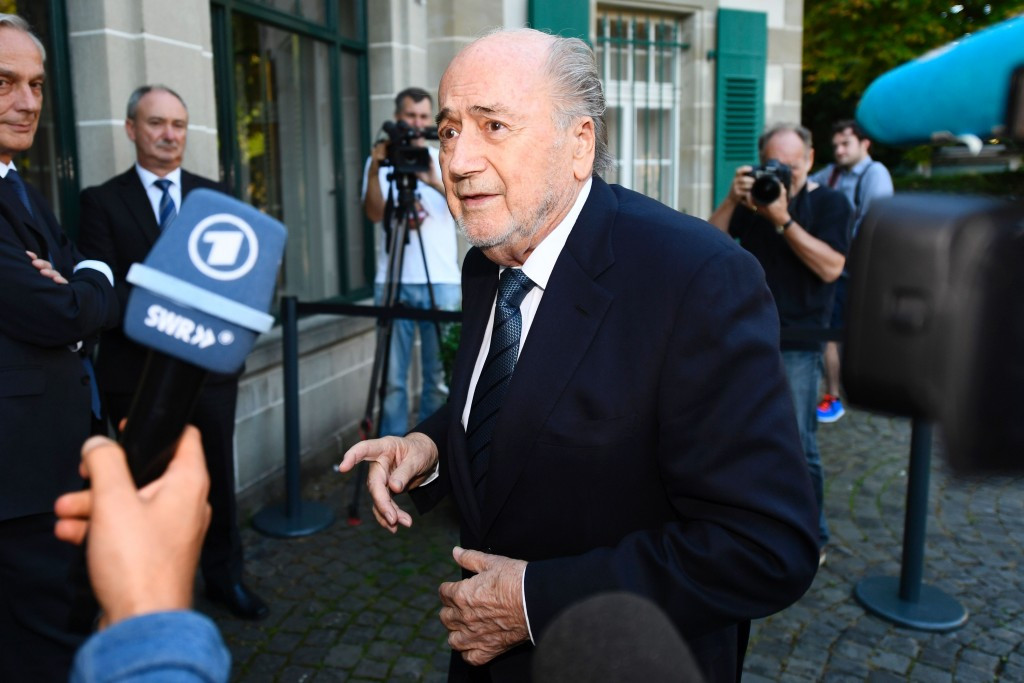 Sepp Blatter has been unsuccessful in his appeal at the Court of Arbitration for Sport (CAS) against a six-year ban from all footballing activity.

In a statement published today, the former FIFA President claimed it is "difficult" to accept but that "the way the case progressed, no other verdict could be expected".

Blatter, head of the governing body for 17 years until he stepped down in 2015 in the wake of the worst corruption scandal in the organisation’s history, was originally suspended for eight years along with ex-UEFA President Michel Platini in December of last year.

The duo both had their respective bans reduced from eight to six years by FIFA’s Appeals Committee in February, leaving the CAS as the only remaining legal option.

The 80-year-old Swiss Blatter, and 61-year-old Frenchman Platini were both sanctioned for an alleged "disloyal" payment of CHF2 million (£1.6 million/$2 million/€1.9 million) made to the latter by the former in 2011.

In its written verdict, the CAS describes the payment as "an undue gift" with "no contractual basis".

"I have to accept this decision," said Blatter, whose hopes of becoming a FIFA Honorary President are now over.

"I have experienced much in my 41 years in FIFA.

"I mostly learned that you can win in sport, but you can also lose.

"Nevertheless I look back with gratitude to all the years, in which I was able to realise my ideals for football and serve FIFA."

The CAS also said Blatter "requested the annulment of the ban but did not request a reduced penalty".

"In any event, the panel determined that the sanction imposed was not disproportionate and therefore confirmed the appealed decision in full," the written verdict concludes.

Both men denied any wrongdoing and said the money was for work Platini carried out for FIFA between 1998 and 2002, when he served as a technical adviser to Blatter.

However, the Frenchman did not receive his money until 2011 and question marks were raised over the time delay.

"The panel found that the written employment contract established between Mr Platini and FIFA in 1999 voided any oral agreement concluded between Mr Blatter and Mr Platini in 1998 that the latter would be paid CHF1 million per year (£779,000/$990,000/€926,000) for his work at FIFA," reads the CAS verdict.

"Accordingly, by approving a payment of CHF 2 million to Mr Platini in 2011 for the balance of work carried out under the alleged oral agreement, Mr Blatter breached the FIFA Code of Ethics since the payment amounted to an undue gift as it had no contractual basis.

In May, the CAS dismissed Platini’s appeal, which was fast-tracked as he still harboured slim hopes of being able to see out the rest of his term as President of European football’s governing body.

However, the former France international’s ban was cut by a further two years.

Blatter also remains the subject of an ongoing criminal investigation into corruption within world football’s governing body in his native Switzerland, which was opened in September 2015 when details of the payment to Platini emerged.

It ended Platini’s attempt to succeed Blatter as FIFA President and also forced him out as the head of UEFA, with Slovenian Aleksander Čeferin elected as his replacement in September.

They are being investigated for several ethics breaches, including bribery and corruption and offering and accepting gifts or other benefits.

This included Blatter, Valcke and Kattner being given a combined CHF23 million (£18 million/$23 million/€21 million) in December 2010 following the World Cup in South Africa that year, which was approved "apparently without an underlying contract provision stipulating such bonuses".