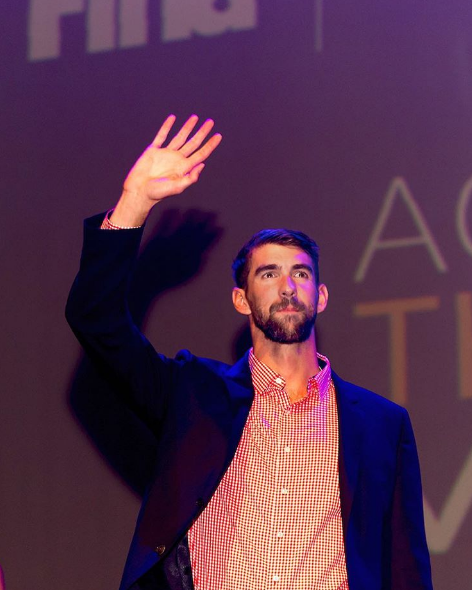 In a spectacular ceremony at the Caesar's Hotel, swimming's governing body paid its annual tribute to the best athletes in the sport.

The group included the best male and female competitor in each of the aquatic disciplines, with the 2016 Olympic Games in Rio largely determining the winners of the awards,

In swimming, Phelps and Hosszu claimed the honours after their outstanding results in Brazil.

She also won a silver in the 200m backstroke and dominated this year's FINA World Cup claiming a total of 1,197 points while her closest rival, Jamaican Alia Atkinson, finished on 480 in second.

In water polo, the Olympic and World League champions, respectively Serbia among men and USA in the women's field, were winners.

In diving, China's Chen Aisen, who won two gold medals in Rio, and Shi Tingmao, the Olympic champion in the 3m individual and synchronised springboard competitions, claimed the honours.

At the end of the Gala, Michael Phelps received "Aquatic Legend, the Greatest of All Time" special award from FINA.

The 31-year-old, who retired following the 2016 Games, won 28 medals at Olympic level which is an unprecedented feat among all sports.

FINA also announced that a long-term partnership has been established with Alisports for the organisation of the “Soirée des Etoiles” gala, from 2016 through to 2025.

It will now be known as the FINA/Alisports World Aquatics Gala Soirée des Etoiles.

In addition to this partnership, Alisports became the exclusive e-commerce, ticketing, and sports tourism partner for the Chinese territory.

In regards to the promotion of Aquatics, Alisports will have the opportunity to be associated with open water and high diving events.

Furthermore, Alisports will focus on youth training and coaching staff training, establishing training courses and venues, in order to raise the participation in Aquatics.