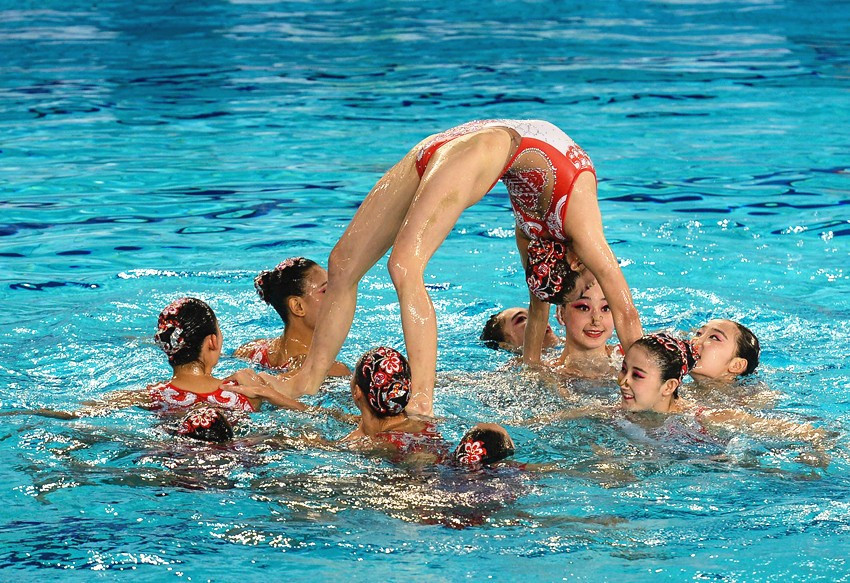 China won all three titles available as the International Swimming Federation (FINA) Synchro World Trophy began in front of their own fans in Yangzhou.

The host nation are seeking to win the overall title for the fifth year in a row and they put themselves well on course by triumphing in the highlight routine, thematic duet and free team competitions.

In the highlight routine contest, China claimed victory with a top score of 92.4667 points.

Their team - consisting of swimmers from the Jiangsu provincial squad - demonstrated movements which were a nod to the Chinese folk art of paper-cutting.

"It is the second time we compete in the World Trophy as the Jiangsu provincial team," said coach Wang Fang.

"We are glad that we are more experienced in technical and art.

"We hope our Chinese elements can touch the hearts of the local fans and the judges.

"We made some changes on our previous routines that were used for the National Championships last September.

"We made changes by using the tools, and dancing parts on the land."

In the thematic duet event, "street dancing" was the theme competitors had to adhere to.

Guo Li and Liang Xingping of China collected 92.6667 to win the gold medals, with Italians Beatrice Callegari and Manila Flamini second on 92.6000.

Ali Diana and Tabolina Anastasia of Russia took the bronze medal on 91.4000.

The free team event saw China use music from the Peking Opera and traditional art to win with 94.7333.