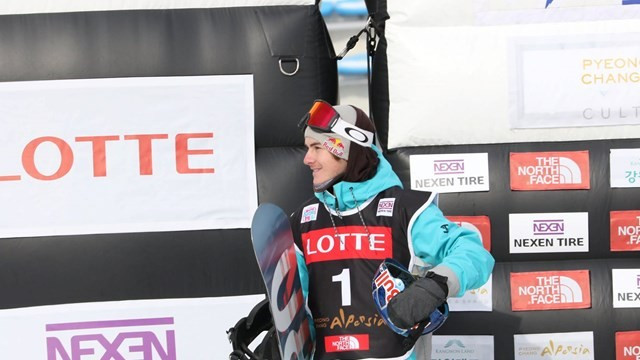 The event is the first of 24 due to be held in the build-up to the 2018 Winter Olympic and Paralympic Games in Pyeongchang.

Toutant dominanted proceedings in the opening heat, with his second run score of 96.75 proving to be the highest of the day.

His compatriot Tyler Nicholson scored 91.75 points to finish in second place, with Britain’s Rowan Coultas completing the top three on 87.25.

Competing in the second heat, Sharpe continued Canada’s success after being awarded a score of 94.00 points to secure his progression.

America's Chris Corning finished second in the heat on 92.25 points, with his team-mate Ryan Stassel and Canada’s Mark McMorris scoring 91.50 and 91.25 respectively to advance.

"Pyeongchang 2018 will be the first Olympics to have Big Air in its official programme," Sarah Lewis, FIS  secretary general, said afterwards.

"It is a great opportunity to have youngsters be more involved and connect with the Olympics as well as winter sports as a whole.

"Top athletes from 23 countries are here in Pyeongchang this week.

"The Organising Committee has done a great job with preparations and we have only heard positive feedback about the venue, accommodation, food and beverage.

"Everything has been fantastic and you can actually feel the excitement."

The men’s final is due to take place tomorrow, with the women’s qualification and final also set to be held throughout the day.