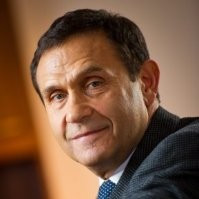 Three-time Rio 2016 champion Katinka Hosszu is among leading athletes to have called for the resignation of Hungarian Swimming Federation (MUSZ) President Tamás Gyárfás amid a catalogue of alleged problems in the way he has supported them.

The national body has today vowed to "address" the growing number of complaints from leading stars.

Writing on Facebook, Hosszu claimed her relationship with the official has been adversarial ever since he supposedly urged her to "stop swimming and retire" in 2008.

It comes with Budapest due to host next year's FINA World Aquatics Championships, while the capital city is also bidding to host the 2024 Olympic and Paralympic Games.

"If it were up to him, Hungary would have left three Olympic gold medals and a silver home from the Rio Olympics," Hosszu said.

Training conditions within Hungary have worsened since 2015, she insists, to the extent that top swimmers often have to train "at zero degrees, many times in the pouring rain in an outdoor pool".

Gyarfas is also seen as a "damaging factor" within the Federation.

The essence of her comments were echoed by Hungary's new IOC Athletes' Commission member Daniel Gyurta, who wrote on Facebook that there is "no order" around the MUSZ.

He added: "The saddest thing is that the swimmers - whom the whole thing should be about - will suffer."

The Strongaa management company representing 400m short-course world champion Péter Bernek also claimed he did not receive money due for pre-Rio 2016 training because of a dispute over a contract about the federation’s use of Bernek’s name and image.

Gyarfas is a former journalist, television producer and newspaper publisher who has presided over the MUSZ since 1993.

Budapest is due to host next year's FINA World Aquatics Championships, while the capital city is also bidding to host the 2024 Olympic and Paralympic Games.

This marks a second scandal involving a member of FINA's top brass in recent weeks after Bureau member Coaracy Nunes was removed as President of the Brazilian Aquatic Sports Confederation as part of an investigation into corruption and fraud.