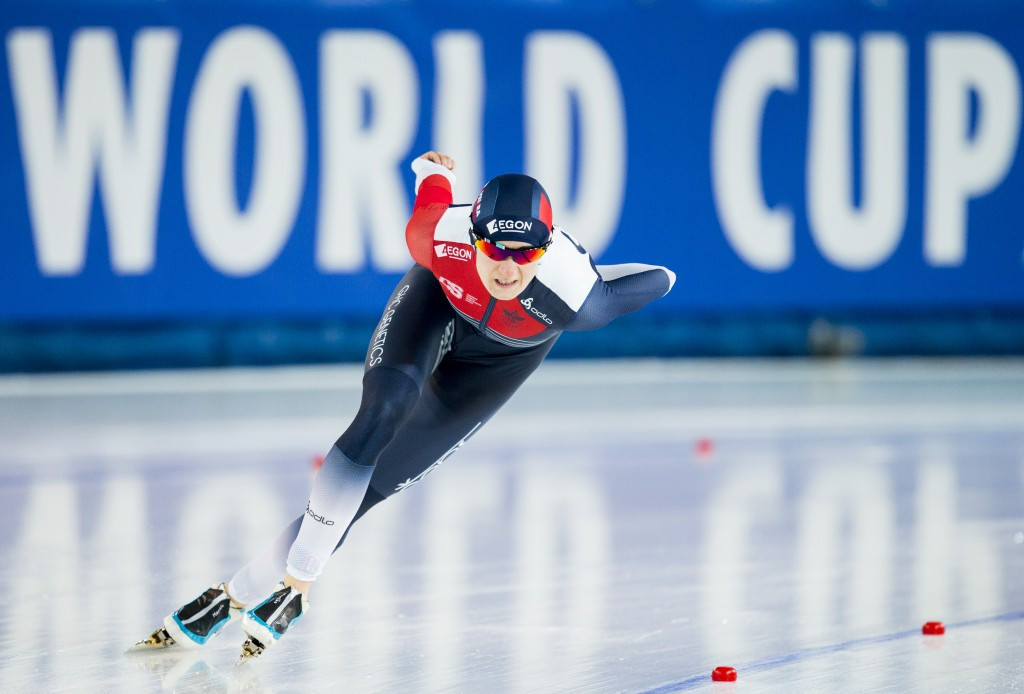 Martina Sábliková will be looking to extend her dominance in the women's 3,000 metres competition as the second leg of the International Skating Union (ISU) Speed Skating World Cup begins at the M-Wave in Nagano in Japan tomorrow.

The Czech Republic's Vancouver 2010 Winter Olympic Games champion secured the 3,000m title last week during the opening stage of the World Cup in Harbin in China.

She was timed at 4min 08.26sec as she defeated Marije Joling of The Netherlands, who took silver.

Sábliková will be in action tomorrow on the opening day as the women's 3,000m gets the competition underway alongside the men's 5,000m races.

Germany's Claudia Pechstein is likely to be the main threat to Sábliková.

The 44-year-old is a five-time Winter Olympic gold medallist but has been involved in a long legal dispute since being banned for two years in 2009 for blood doping.

The German also won two gold medals in Salt Lake City in 2002 in the 3,000m and 5,000m races, while another in Turin 10 years ago in the team pursuit completes her collection.

Dutch skater Ireen Wüst, meanwhile, will be looking to improve upon a dismal display last week when the Olympic champion at both Turin 2006 and Sochi 2014, had to settle for a seventh placed finish.

In the men's action tomorrow, triple Olympic champion Sven Kramer will also be among those in action.

The Dutch star, a long distance specialist, will once again be the name to look out for in the men's 5,000m.

Jorrit Bergsma of The Netherlands could provide his compatriot with the toughest competition.

The Sochi 2014 5,000m bronze medallist will be hoping to go one better after he claimed silver in 6:22.38 last week, while Erik Jan Kooiman completed a Dutch clean sweep of the podium.

Both the men and women will compete in 1,000m races on Saturday (November 19) before team pursuit and team sprint action rounds off the day.

On Sunday (November 20), 1,500m and 500m races for both men and women will be held before mass start finals bring the World Cup stage to an end.