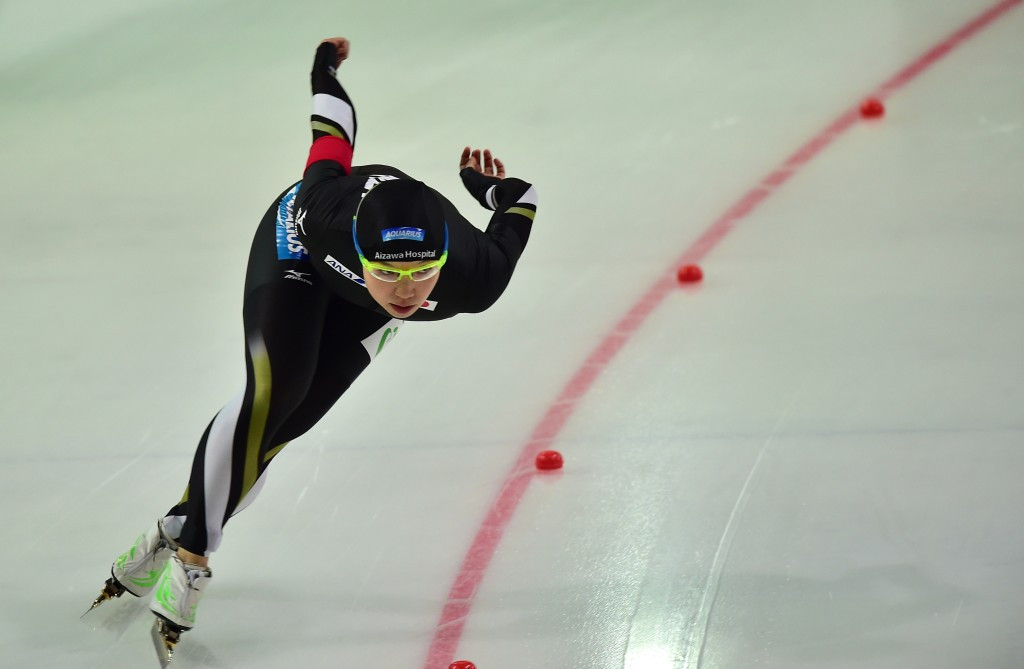 Kodaira, winner of an Olympic team pursuit silver medal at Vancouver 2010, clocked 38.00sec to take the maximum 100 points available in the sprint distance.

She edged her team-mate Maki Tsuji who came home for the silver medal in 38.17, with China's home hopeful Jing Yu bagging bronze in 38.18sec.

American Heather Richardson-Bergsma, the defending overall 500m champion, had to settle for fifth place in a time of 38.39.

In the men's 5,000m there was normal service as Dutch superstar Sven Kramer clocked 6min 21.60sec to claim top honours.

The long-distance specialist and triple Olympic champion has again started this season in ominous form by edging compatriot Jorrit Bergsma.

His rival claimed silver in 6:22.38 as Erik Jan Kooiman completed a Dutch clean sweep of the podium, finishing in 6:26.43.

Canada's Ivanie Blondin took the bronze medal after she was timed at 4:09.78.

Men's 500m action is due to take place tomorrow, when both the men and women will also contest 1000m races before team pursuit action rounds off the day.